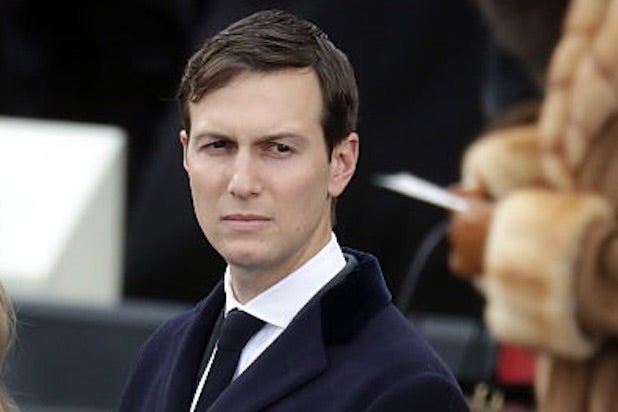 Jared Kushner, senior advisor to the president and husband to first daughter Ivanka Trump, has lived in a mostly silent spotlight until Monday, when he spoke at a White House roundtable of tech leaders from around the country. The group discussed ways to modernize and improve the government’s technology systems and record-keeping.

The content of Kushner’s remarks didn’t seem to matter much to those on Twitter, though. Many were too confused over finally hearing his voice.

“This wasn’t at all what I thought Jared Kushner would sound like,” one Twitter user said. Another called it “scintillating. “I naturally assumed Jared Kushner’s voice was the same as George Michael Bluth,” tweeted a jokester. (For those who don’t know, that’s Michael Cera’s character on “Arrested Development”).

John Oliver noticed in April that Kushner rarely speaks in public, asking, “Seriously, what does his voice sound like?” To drive the point home, he played a clip of Kushner with Gilbert Gottfried’s voice dubbed over.

Now we know that Kushner, in fact, does not sound like Gottfried.

“We have challenged ourselves to pursue change that will provide utility to Americans far beyond our tenure here,” he said. “Together, we have set ambitious goals and empowered inter-agency teams to tackle our objectives. It’s working, and it’s very exciting.” Kushner did not address the rumors that he his deciding whether or not to change his legal team in light of the investigation into the Trump administration’s ties to Russia.

He speaks! Have you ever heard Jared Kushner's voice before? Here you go. pic.twitter.com/QKElf1bynn

Before today, I just naturally assumed Jared Kushner's voice was the same as George Michael Bluth.

I mean he is Mr. Manager after all. pic.twitter.com/rQ38Y8kfxd

Wow, so THIS is what Jared Kushner's voice sounds like. pic.twitter.com/GFVCmrD41A

Everyone who's seen Gossip Girl already knows what Jared Kushner sounds like, but congratulations on not having good taste in TV

This wasn't at all what I thought Jared Kushner would sound like pic.twitter.com/DbMWzixovY

I liked it a lot better when I didn't know how Jared Kushner sounded.