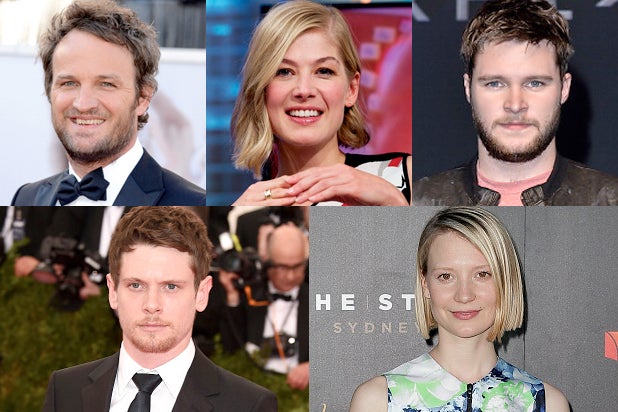 The film depicts the meteoric ascension of Reinhard Heydrich (Clarke), ‘Reich protector’ and architect of the ‘Final Solution’ who was assassinated by Jan Kubis (O’Connell) and Josef Gabcik (Reynor), two resistant paratroopers. Reinhard Heydrich is the highest-ranking Nazi officer ever killed during World War II.

Pike will play Lina Heydrich, an aristocrat who introduced her husband to Nazi ideology, while Wasikowska will play opposite O’Connell as a girl living in occupied Prague.

The screenplay is based on Laurent Binet’s novel of the same name and was adapted by David Farr, Audrey Diwan and Jimenez.

Filming begins in Prague in August.

Clarke, most recently seen in “Dawn of the Planet of the Apes,” O’Connell, who starred in Angelina Jolie‘s “Unbroken” and Pike, nominated for an Oscar for “Gone Girl,” are all represented by CAA.

Reynor, of “Transformers: Age of Extinction” fame and Wasikowska, are next to be seen in Guillermo del Toro‘s “Crimson Peak” and are both repped by WME.