Jason Momoa glistens aboard what looks like a submarine in a newly released still image (below) from his upcoming “Aquaman” solo film. 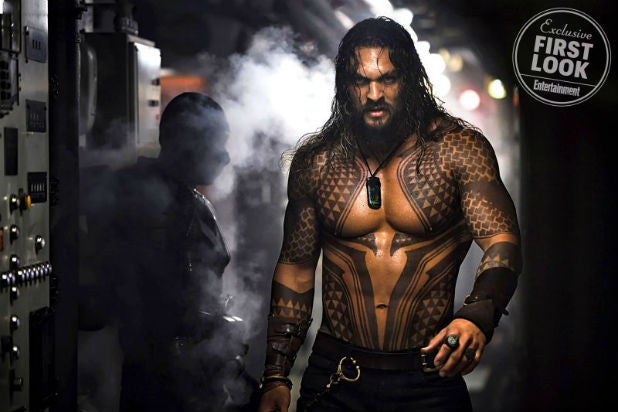 Momoa also shared the origins and layers of the superhero we can expect to see.

“‘Justice League’ was only a weekend in Arthur Curry’s life,” Momoa said. “This is a totally different beast. In ‘Aquaman,’ you see when his parents met and what happened to them. Then the little boy being raised and finding his powers and going through that and never being accepted on either side. And then becoming this man who puts up all these walls. You just slowly see this man harden up and be completely reluctant wanting to be king and not knowing what to do with these powers he has. I think James Wan just killed it.”

Director James Wan also discussed the stigma “Aquaman” has after being a punchline on “Entourage.”

“Aquaman has been the joke of the comic book world, but the more I thought about it, the more I thought how cool that would be,” Wan explained. “Let’s take the character everybody makes fun of and do something really interesting with him.”