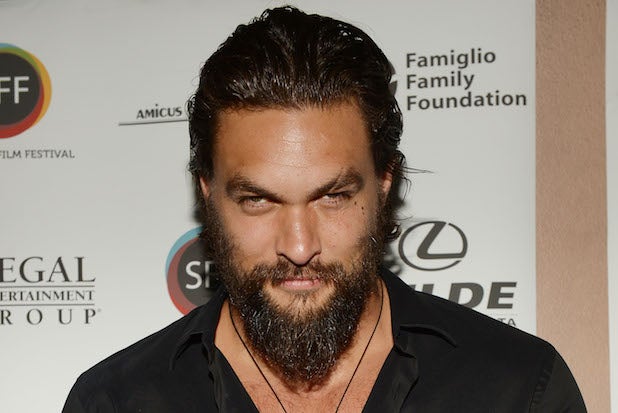 While Jason Momoa was cast in Zack Snyder‘s “Batman v Superman: Dawn of Justice” several months ago, Warner Bros. refused to reveal his role in the superhero movie.

According to veteran scooper Drew McWeeny at HitFix, Momoa has been cast as Aquaman, though the studio and Momoa have yet to confirm his role.

Momoa’s role has been widely speculated as Aquaman for months, though the context of the character’s appearance remained unclear. Warner Bros. is using “Dawn of Justice” as a launchpad for its upcoming “Justice League” movie, and the studio plans to set the stage by introducing Aquaman to audiences in “Batman v Superman.”

Also read: From Jason Momoa to Nicholas Hoult: The 5 Hottest Actors of Summer

Aquaman will reportedly be upset about what the World Engine in “Man of Steel” did to the Indian Ocean,” so he’ll be thirsty for revenge of some kind.

While Momoa may not have Aquaman’s typical blonde locks, he certainly has the physique, having played both Conan the Barbarian and Khal Drago on HBO’s “Game of Thrones.” Represented by APA and KLWGN, he most recently starred in the Sundance Channel series “The Red Road.”

Look for Momoa’s Aquaman to team up with Ben Affleck‘s Batman, Henry Cavill‘s Superman and Gal Gadot’s Wonder Woman when “Dawn of Justice” hits theaters on May 6, 2016.