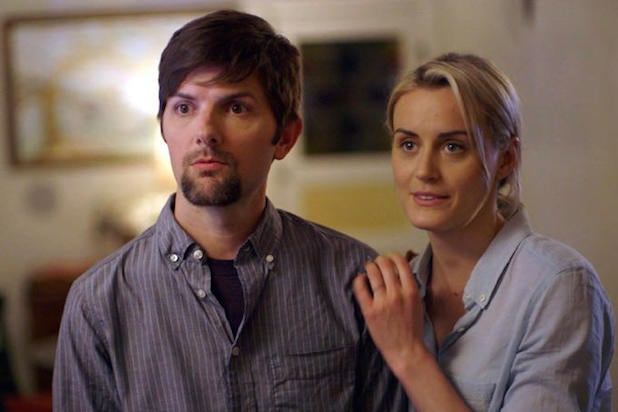 Scott and Schilling play a young couple who are new to Los Angeles and desperate to make friends. After a chance meeting with Kurt (Schwartzman) at the neighborhood park, they gladly agree to join family pizza night at the home. But as it gets later and the kids go to bed, the family “playdate” becomes increasingly more revealing and bizarre as the couples begin to open up.

Mark Duplass produced under his Duplass Brothers Productions along with Naomi Scott, who runs Gettin’ Rad Productions with her actor-husband, Adam.

Also Read: Sundance: Jason Schwartzman and Adam Scott on 'The Overnight:' 'It's Like California Penis Kitchen'

“The Overnight” garnered buzz at Sundance for its frank attitudes towards sex, as the film features full frontal male nudity by both Scott and Schwartzman.

The Orchard will release “The Overnight” in theaters on June 19, the same day that fellow Sundance sensation “Dope” opens via Open Road Films. Also opening that day are Pixar’s “Inside Out,” IFC’s “Manglehorn” and Sony Classics’ “Infinitely Polar Bear.”

Watch the trailer below and let us know what you think in the comments section.