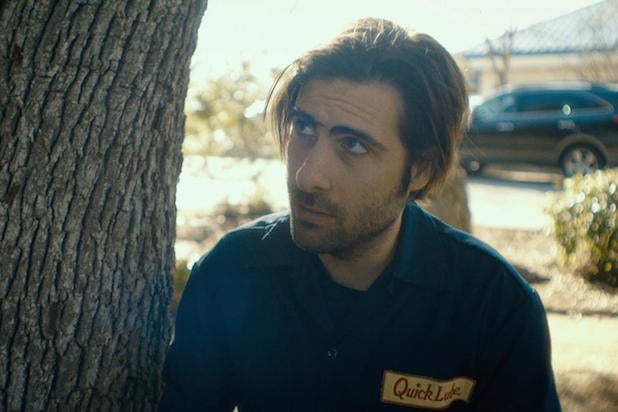 “7 Chinese Brothers,” which premiered at the 2015 SXSW Film Festival, will be released in August as a day-and-date theatrical release.

Schwartzman stars as Larry, an inebriated sad sack who rides a tide of booze onto the shores of an undiscriminating Quick-Lube. The only bright spot is probably his boss, Lupe (Pienta). Will Larry keep it together long enough to win the girl, provide for his French bulldog (Schwartzman’s real-life dog Arrow), laze about with his friend Major (TV on the Radio’s Adebimpe), and do his cantankerous grandmother (Dukakis) proud?

Byington wrote and directed “7 Chinese Brothers,” which was produced by Molly Christie Benson, Seana Flanagan and Nancy Schafer. The film was executive produced by Christos V. Konstantakopoulos and features music from Chris Baio of the band Vampire Weekend.

“We’ve been fans of Jason and Bob’s work for a while and couldn’t be happier to be working on ‘7 Chinese Brothers’ with them,” said Seth Needle, director of acquisitions and marketing for Screen Media Films. “They both deliver the usual funny/quirky/insightful efforts we’ve come to expect and know audiences will take to.”

“I’m excited to be working with Screen Media,” said Byington. “Ideally this one will have a good reach.”

The deal was negotiated by Screen Media’s Needle with Zac Bright of Preferred Content and WME Global on behalf of the filmmakers.