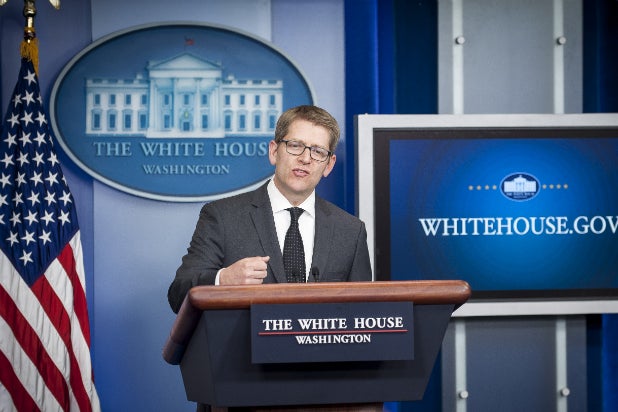 Onetime journalist Jay Carney is headed back to his roots.

The former White House Press Secretary, who previously worked as the Washington Bureau Chief for Time Magazine, will join CNN as a political commentator, the network announced on Wednesday.

“Jay’s unique experience as both a journalist and a White House press secretary make him an invaluable voice for the network as we cover the final two years of the Obama Administration and look ahead to the coming campaigns,” Sam Feist, CNN’s Washington Bureau chief, said in a statement. “We’re fortunate to have Jay on our air tonight to provide analysis and insight surrounding the President’s address to the nation.”

See video: Jay Carney Teaches David Letterman How to Deal With the Press

Carney will jump right into the spotlight, as his first assignment will be providing commentary and insight into his former boss’s big speech outlining the administration’s planned response to ISIS.