Whatever you think about his comedy skills, Jay Leno would make a helluva PR exec.

Particularly with crisis and reputation management. 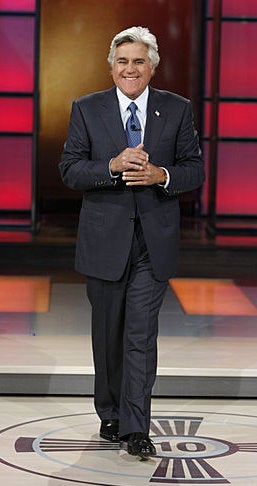 This week, Leno came out swinging – finally – in the right media outlet, speaking to the right audience, at the right time. And he said the right things to get himself what he realizes is necessary: to start shifting the direction of the industry dialogue about his new 10 p.m. show.

This week’s cover story in TV trade Broadcasting & Cable is Leno’s first in-depth interview since launch. The media-watching media have yanked various stand-alone comments out of the story and played them as big news: Yes, Leno would’ve preferred to stay at 11:30. No, he doesn’t offer gushing praise for his "Tonight Show" replacement. Yes, he’d return to 11:30 if asked. No, he doesn’t think David Letterman will blow himself up.

They all missed the point of the piece and Leno’s strategy behind it.

B&C primarily serves local station managers, including NBC affiliates now watching hard-won viewers slip away from their late newscasts courtesy of their network’s primetime changes. The interview obviously was done to coincide with the start of the November ratings sweeps period, the critical first measurement period of the new TV season by which local ad rates are set.

If the recent flurry of pre-sweeps stories about stations’ 11 p.m. audience losses is the tip of the iceberg, then NBC affiliate relations corporate offices must be the Lido deck of the Titanic these days.

But Leno swung better than Chase Utley in the interview. Quizzed well by B&C editor-in-chief Ben Grossman, he made three important points aimed squarely at his network, his affiliates and advertisers.

The first: The nature of the show will only permit it to be a slow but steady build, something Leno’s proven he knows how to do. “I’m the long-distance guy,” he states.

He then notes he’s “the mainstream guy,” too, famously apolitical and scandal-free – qualities he knows are welcomed by stations weary of email campaigns and angry sponsors.

And he plays the loyalty card: “(NBC knows) when they come to me and ask me to do something … I try to go above and beyond what’s written on the paper.” For stations unable to get sitcom or drama stars to cut a promo, let alone make a market visit, they know affiliate-friendly Leno has always offered value beyond his program. In turn, it’s won him grassroots support if he ever needed it to use with the network.

Finally, he invoked the C-word. Carson. Leno pointed out – as many have forgotten – that in 1992, he battled the network, affiliates, media, advertisers and pretty much the entire industry to win the "Tonight" host race. And then, when his brand-new show was nearly run into the ground by the poor judgment and strong-arm tactics of his executive producer/lifelong manager, he wrested control in one of the great inside-TV stories of that decade: He fired her, made amends with the network and industry and built a "Tonight Show" from the ground up that reflected him, not the Carson legacy.

Leno obliquely touched on that experience in the Q&A by saying, “I enjoy being the underdog … (seeing) how low you can go, rock bottom, before you can keep crawling back up again. … I think people like a fighter. … I’ve been down this road … and that was much worse. This is like a walk in the park.”

Of course, 1992 seems as remote as 1492 these days. But as damaging as I believe NBC’s 10 p.m. programming decision is and will be to the business, I gotta admit: I think I’m now rooting for Leno.

It’s good to see him finally come out swinging, and in a smart way. And who knows? It might even inspire him to do more than give a good quote.