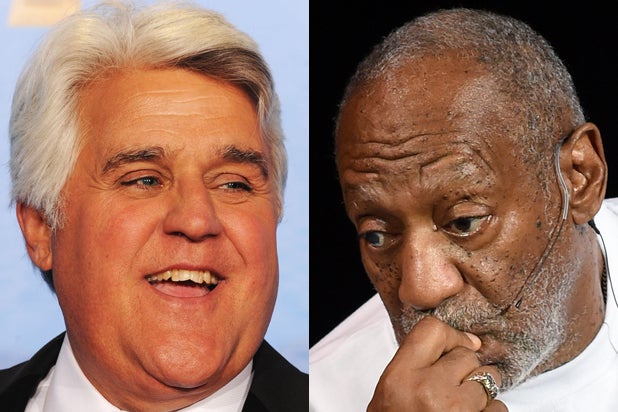 Jay Leno sounded off on a variety of hot button comedy topics Wednesday, including rape allegations levied against Bill Cosby and the lack of diversity in late night TV programming.

“I don’t know why it’s so hard to believe women,” Leno said during a Q&A panel at the 2015 National Association of Television Program Executives conference in Miami, according to multiple journalists who attended the conference. “You to go Saudi Arabia and you need two women to testify against a man. Here you need 25.”

The comedian was referencing to skepticism aimed at the over two dozen women who have come forward in recent months to accuse Cosby of rape, drugging or sexual assault over the past several decades.

Leno, who hosted NBC’s “The Tonight Show” for over 22 years before handing the reins over to Jimmy Fallon in 2014, also bemoaned the lack of diversity in late-night comedy.

“I’m really disappointed there isn’t more diversity in late night comedy,” he said, according to one reporter. “It’s a great time for female comedians.”

According to other reports, Leno’s wide-ranging Q&A touched upon comedian Hannibal Buress, who joked publicly about Cosby’s public history of rape allegations in October, shortly before a slew of new accusers stepped forward. Leno explained Buress’ ability to speak directly to an audience, such as on Twitter, helped him better communicate his point.

“On any other media that would have been edited,” Leno explained. “People are getting news unfiltered.”

Nearly 30 women have come forward claiming the comedian either drugged them, sexually assaulted them, or both. Amidst mounting allegations, Cosby’s lawyer Martin Singer previously released a statement saying: “The new, never-before-heard claims from women who have come forward in the past two weeks with unsubstantiated, fantastical stories about things they say occurred 30, 40, or even 50 years ago have escalated far past the point of absurdity.”

Read some of the tweets from reporters attending Leno’s Q&A panel below:

Watch video from Leno’s panel below.