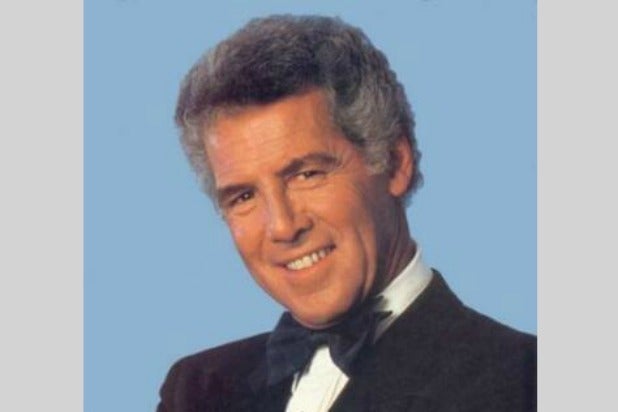 “So sorry to post the very sad news of my fathers [sic] passing tonight,” Allan’s son Rick posted on Facebook Saturday night. “He died peacefully and was surrounded by his family and loved so much by us and so many others. Thank you for all who are part of this wonderful tribute to my dad on Facebook.”

Allan’s connection to the daytime drama genre began in the ’60s on the long-gone soaps “Love of Life” and “Secret Storm.” But it wasn’t until he joined “Days of Our Lives” in 1971 as attorney Don Craig and was romantically teamed up with Deidre Hall’s Dr. Marlena Evans that he became a daytime superstar. He remained on the show for 14 years, during which time he earned an Emmy nomination for Outstanding Actor.

In 1986, he joined the NBC show “Santa Barbara” as patriarch of the Capwell family, playing Robin Wright’s father, where he remained until 1993. Although he had numerous guest appearances on primetime shows up to that point, Allan endeared himself to a whole new audience when in 1994 he was cast in the recurring role of Rush Sanders, father of Ian Ziering’s character, Steve.

Allan stepped into the role of Edward Quartermaine on “General Hospital” for two years beginning in 2004 to fill in for an ailing John Ingle. Among his many other roles, Allan also appeared on “CSI: Miami,” “Six Feet Under,” “CHiPs” and “The Streets of San Francisco.”

Allan is survived by his sons Mitch, Dean and Rick.

Here are a few of Allan’s co-stars paying their respects on social media:

So sad to hear we’ve lost another 90210 castmate. I had the pleasure of working with Jed Allan from 94 to 99. He played Rush Sanders, Steve’s father. Such a great guy to work with, he will be missed. #ripjedallan

Goodbye for now to one of a kind, #JedAllen. His heart was as big as his fabulous swagger. Lots of laughs shared with him on #SantaBarbara & best of all my Kate was made in his stunning beach house that he let me rent for cheap the summer of 1997. I won't ever forget that or him. https://t.co/mgAuzRbwPv

“His gift was a formidable blend of professionalism and inspiration — a perennial rock in his preparation and a force of nature once the cameras rolled. He was also generous and kind and funny and fierce, and God knows he was beloved by those lucky enough to share a stage with him. I count it one of the great blessings of my career that I got to be one of those, and one of the great blessings of my life that I got to be his friend.” — A Martinez

“Fly free and take our love with you. Prayers for Jed’s family. He was so very kind to me on Santa Barbara, my first regular gig back in the 80’s. We rarely worked together, but he was always dearly helpful, patient and professional as I learned the ropes. Best. Training. Grounds. Ever. We had to work fast with a new script every day and he was the consummate soap actor with true talent and ease in the pace.” — Jane Sibbett