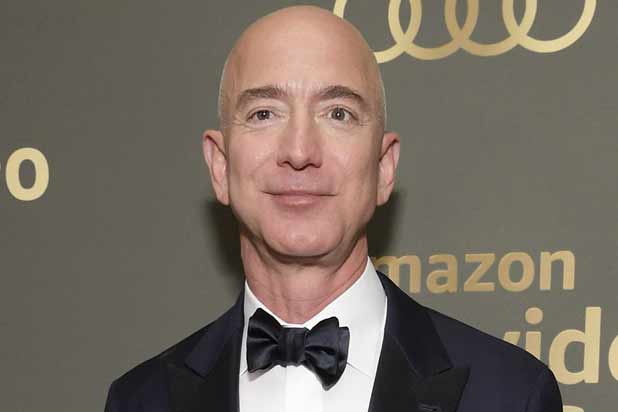 Jeff Bezos is being sued for defamation by the brother of his girlfriend, Lauren Sanchez, saying the Amazon CEO spread false statements blaming the brother for leaking texts and nude photos of Bezos to the press.

Michael Sanchez, in a lawsuit filed on Friday in Los Angeles Superior Court, said that Bezos “falsely stated that Mr. Sanchez was the source of graphic, nude photographs of Mr. Bezos.” The texts and photos were published last January by the National Enquirer. Bezos responded by saying that AMI (who publishes the National Enquirer) blackmailed him by threatening to publish the photos unless Bezos and his investigator made “specific false public statement to the press that we ‘have no knowledge or basis for suggesting that AMI’s coverage was politically motivated or influenced by political forces.'”

In the lawsuit, Michael Sanchez said he confirmed Lauren’s relationship with Bezos to the Enquirer in an effort to “limit the backlash” against his sister and to “protect Ms. Sanchez’s parents and children, exactly as he has done many times in the past.” Sanchez said he was not paid by the Enquirer, but a report in the Wall Street Journal in March 2019 said that he received $200,000, citing “people familiar with the matter.”

According to Sanchez, he only confirmed the affair because AMI said it “had multiple sources” with knowledge of the relationship. Sanchez also stated that a few months earlier, his sister approached him about leaking the affair to TMZ but Sanchez advised against it “until they had informed their respective spouses and children.”

Sanchez said that the investigator Bezos assigned to track down the source of the photographs, Gavin de Becker, “latched onto the idea that Mr. Sanchez, in a conspiracy with his conservative friends like Carter Page and Roger Stone, made sense as the culprit and immediately began disseminating that to various news sources, in blatant disregard of its falsity.”

In the lawsuit, Michael Sanchez said he never had the photographs in question. He is suing both Bezos and de Becker for defamation and intentional infliction of emotional distress. Sanchez is seeking unspecified damages.

Also Read: Jeff Bezos vs The National Enquirer: A Tale of Journalism and Blackmail

Lauren Sanchez — in a statement provided by her lawyer, Terry Bird — told TheWrap, “Michael is my older brother. He secretly provided my most personal information to the National Enquirer — a deep and unforgivable betrayal. My family is hurting over this new baseless and untrue lawsuit, and we truly hope my brother finds peace.”

Bezos’ attorney, Bill Isaacson, told TheWrap, “My client has chosen to address this lawsuit in court and we will do that very soon.”