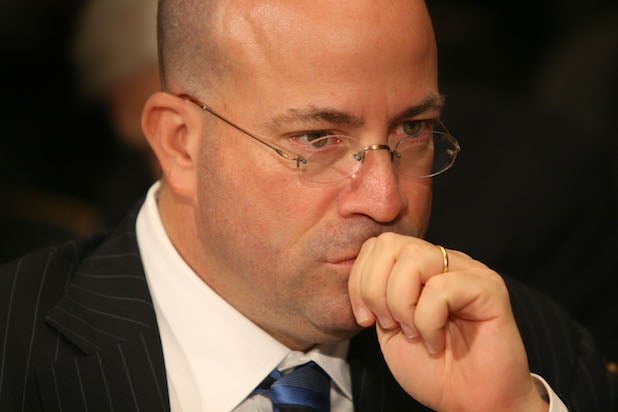 In an interview with the newspaper that has also been the subject of Trump’s mean tweets, Zucker said on Wednesday: “My job is to remind everyone that they need to stay focused on doing their job.

“He’s trying to bully us, and we’re not going to let him intimidate us. You can’t lose your confidence and let that change the way you conduct yourselves,” he continued.

Wednesday’s Times story also highlighted the increased security measures at the CNN offices, stating that some hosts have considered quitting their social media accounts because of abuse. Other employees, like “New Day” co-anchor Chris Cuomo, insist that the scrutiny has only galvanized them further.

When it comes to increased threats against CNN employees, Trump “has caused us to have to take steps that you wouldn’t think would be necessary because of the actions of the president of the United States,” Zucker said.

Also Read: Jeff Zucker Calls Trump Out for Avoiding CNN: 'He Knows He Would Be Held to Account'

Zucker’s interview with the Times follows recent turmoil at CNN, which has included the resignation of three staffers over a retracted story linking Trump and Russia, and the parting of ways with Kathy Griffin after she posed with a decapitated Trump head.

As for the pending merger between CNN’s parent company, Time Warner, and AT&T, Zucker told the Times: “It’s not something I think about,” adding that he had not discussed the proposed acquisition by AT&T with Jeffrey Bewkes, the chief executive of Time Warner.

Trump’s latest attack on CNN came in the form of a Trump v CNN wrestling meme that the president tweeted, depicting himself body-slamming and pummeling a man with a CNN logo for a head.

The footage is a grainy mirror image of a scene from a 2007 WrestleMania stunt involving Trump and WWE CEO Vince McMahon. In the stunt, Trump jumped a suited McMahon on the side of a wrestling ring, tossed him to the ground and then punched him in the face before walking away in triumph.

In the altered video clip, a CNN logo replaces McMahon’s head so it appears Trump is beating up a personification of the network.