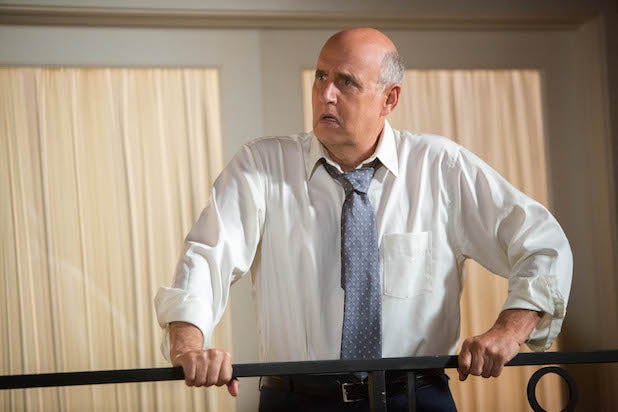 The Bluth family has not seen the last of their patriarch — and probably not the last of his twin brother either.

Yes, it has been confirmed series regular Jeffrey Tambor will, in fact, appear in the upcoming fifth season of “Arrested Development,” a Netflix spokesperson told TheWrap Friday.

The streaming service announced a 2018 release for season 5 of “Arrested Development” last May, long before Tambor — who plays George Bluth Sr. and his brother Oscar on the quirky comedy — was ousted from his leading role on “Transparent.” The star of the Amazon series was fired in February following sexual misconduct accusations posed against him by actresses Van Barnes and Trace Lysette.

Tambor has denied all accusations of wrongdoing.

In an open letter posted to the sitcom’s Twitter account Tuesday, series creator Mitch Hurwitz announced that the next installment will be dropping “soon. Like real soon. Like, if you knew when, you would not be wrong to be thinking ‘why are we all just hearing this now?'”

He also revealed that the long-rumored Season 4 recut would be arriving Friday, May 4 aka the “premature holiday the Bluth family know as Cinco de Cuatro.”

The new 22-episode version, “Arrested Development Season 4 Remix: Fateful Consequences,” actually ended up landing on the streaming service Thursday, with no further update on when Season 5 will hit.

Though Amazon investigated Barnes accusations before parting ways with Tambor, the actress said in an appearance on “Megyn Kelly Today” in March the situation had been “partially handled” to her satisfaction. She believes the actor “brought this on himself” and that Amazon hasn’t “completed the whole process of helping me stand back up on my feet.”

In February, David Cross, who plays Tobias Fünke, said in an interview with am New York, “I can’t speak for everybody [on the cast], but I know there are a number of us who stand behind him — from the limited amount we know, we stand behind Jeffrey — and I am one of them,”