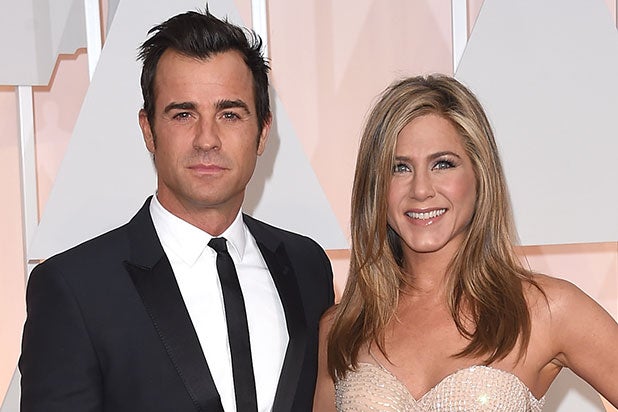 Jennifer Aniston and Justin Theroux have finally tied the knot after four years as a couple.

People magazine confirmed that the duo exchanged vows in front of more than 70 family members on Wednesday at their Bel Air home. According to the report, the guests were initially invited to Theroux’s birthday party.

Representatives of Theroux and Aniston have not responded to TheWrap‘s request for comment.

Aniston, 46, and Theroux, 43, started dating in 2011 and got engaged in August 2012. However, the two first met on the set of “Tropic Thunder,” which Theroux had co-written with Ben Stiller. The two reconnected on the set of “Wanderlust” in 2012.

During an interview last year on the red carpet of “The Leftovers,” a reporter asked Theroux when the couple were going to get married, to which the actor responded, “You guys are in more of a rush than we are. We’re so happily engaged. We have hot feet, but we’re not going to let you guys know.”

Aniston has always been extremely public about her feelings for the man she calls “a triple threat.”

“He’s my creative crush because he’s just so brilliant,” Aniston gushed on an episode of “The Talk” in 2013. “He’s a wonderful actor, he’s a brilliant comedy writer, he’s a beautiful artist and he’s a director. He just does everything really well. And a beautiful human being.”