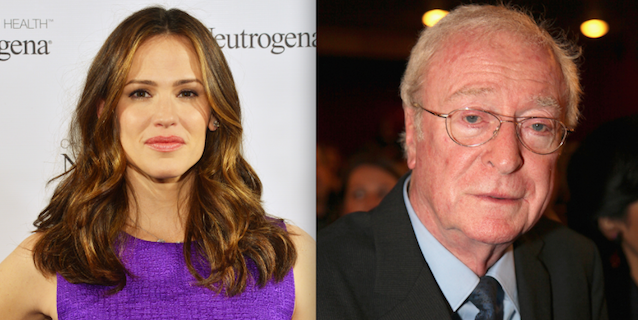 The film, based on a true story, follows aging musician Danny Collins (Pacino) who is inspired by a letter from John Lennon to straighten his life out, rediscover the music he originally set out to make and reconnect with the forty-year old son he's never known (Cannavale).

Garner plays Collins' son's wife, while Caine stars as the rock star's manager in the drama written and directed by Fogelman.

Nimitt Mankad and Shivani Rawat are producing the flick for Inimitable, utilizing a film fund backed by Manoj Bhargava, the founder of 5 Hour Energy. It is being independently financed by Inimitable. Denise DiNovi and Jessie Nelson are also producing.

Mister Smith's David Garrett is overseeing international licensing and distribution for the film, and will meet with international buyers this week at the 2013 Cannes film market.