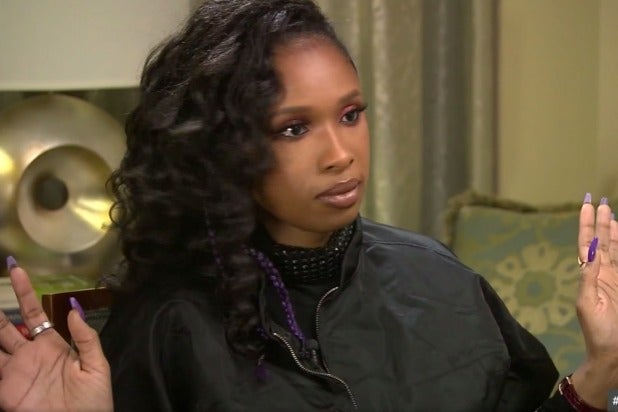 Jennifer Hudson, who lost loved ones to gun violence, said it can happen to anyone.

“For people who are watching what’s happening, know that it can be anybody,” she told CNN’s Van Jones after performing at the Washington D.C. March for Our Lives demonstration calling on Congress to enact stricter gun control laws.

Hudson lost her mother, brother and 7-year-old nephew in 2008 when they were shot and killed in their Chicago home. The estranged husband of Hudson’s sister Julia was later convicted of the triple murder and given three life sentences without the possibility of parole.

“A day like this is almost like reliving it over and over again,” Hudson told Jones. “So it’s obviously something that’s extremely close to home for that reason, because you instantly connect. There’s very few people who know what a moment like this means, what it represents, everything it entails.”

“What is it gonna be, next week? Next month?” she asked. “Or when these children who are out here marching right now, when is it their children?”

Watch two clips from Hudson’s interview with Jones below, followed by her performance at the March for Our Lives event in D.C.

Also Read: Scene From the March for Our Lives in Santa Monica - Anger, Passion, Hope

“For people who are watching … know that it can be anybody … to me, the saddest thing is, no one ever reacts until it happens to them,” says singer Jennifer Hudson, who lost her mother, brother and nephew to gun violence #VanJonesShow https://t.co/5J7py0Gk7G pic.twitter.com/fBKr3xUMhp

“It’s not easy to keep seeing. What is it gonna be next week? Next month?” an emotional Jennifer Hudson asks @VanJones68, reflecting on March for Our Lives #VanJonesShow https://t.co/xeRDABFPnP pic.twitter.com/2or9VerNCV