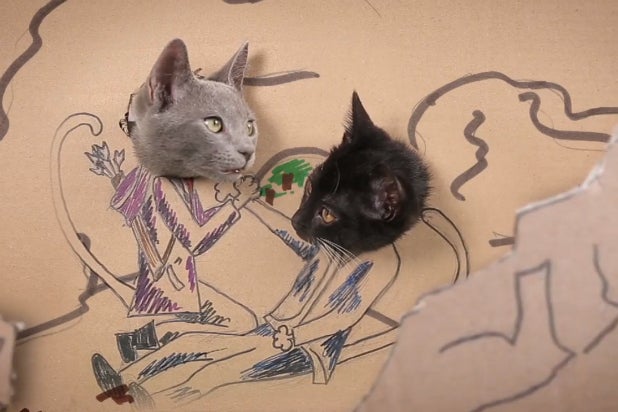 The only thing that could possibly make “The Hunger Games” better would be if the human actors were replaced with cats.

So that is exactly what the Pet Collective did. Katniss Everdeen (Jennifer Lawrence) is played by a pretty, silver feline in the below spoof video. (Insert your own “Cat”niss joke here.) Peeta (Josh Hutcherson) is a portrayed as a fairly incapable black cat. Somehow it works.

The remake is quite cute, even if it loses a little bit of the film’s epic feeling. And context. And budget. And pretty much everything else except for hairballs. There’s more of those.

Watch the re-imagining, because it’s cuddly kitties and you can’t be allergic to a clip: