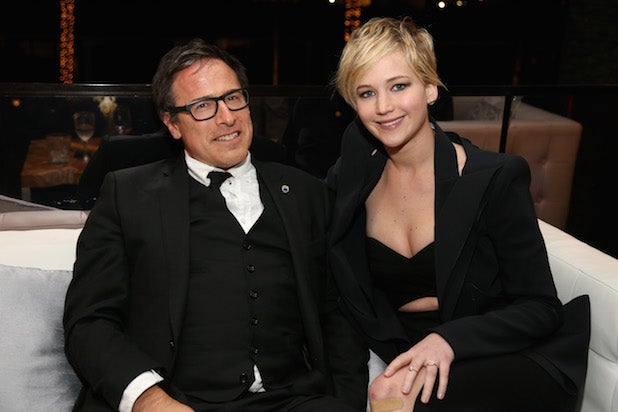 Jennifer Lawrence took to Facebook on Friday afternoon to deny reports that she and director David O. Russell clashed on the set of 20th Century Fox’s “Joy,” in which the Oscar-winning actress plays Miracle Mop creator Joy Mangano.

TMZ reported on an epic screaming match between Russell and Lawrence, though insiders suggest it was simply two passionate artists expressing themselves during filming.

It’s Jen! I know I don’t go on here a lot because I can barely work email but there’s been a terrible rumor going around the last 24 hours so I wanted to clear it up.

David O. Russell is one of my closest friends and we have an amazing collaborative working relationship. I adore this man and he does not deserve this tabloid malarkey. This movie is going great and I’m having a blast making it!

Russell is a notoriously headstrong filmmaker who has no problem yelling at his actors to get a better performance out of them. It was evidently a stressful day on set for Russell, who reportedly berated a Fox exec for defending a line producer he supposedly wanted fired, and who also booted Harvey Weinstein from the Boston set after the director feared he’d be a distraction when he showed up unannounced.

Fox 2000 is slated to release “Joy” on Christmas Day, so expect awards buzz to be even louder than Russell’s rant on set.

See what all of the Oscar nominees, presenters and guests are wearing as they arrive at the Dolby Theatre in Hollywood for the 87th annual Academy Awards