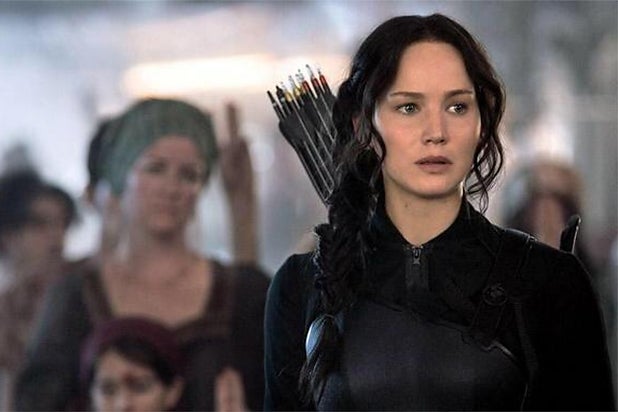 There’s no longer any semblance left of the Katniss Everdeen we first met in “The Hunger Games” as the third film in the franchise, “The Hunger Games: Mockingjay – Part 1,” gears up for release.

Jennifer Lawrence dons all black armor and Katniss’ iconic bow and arrows in the first still photo released from the film, the culmination of everything that’s happened in the first two.

Lawrence’s Katniss is now a two-time survivor of the Hunger Games, a war-weary veteran who’s become the reluctant symbol of the revolution against the Panem Capitol.

“The Hunger Games: Mockingjay – Part 1” was directed by Francis Lawrence and will be released on Nov. 21.