Jennifer Lawrence made headlines when she tripped and fell at the Oscars in 2013, and history repeated itself on Tuesday night when the actress took another tumble at the “Hunger Games: Mockingjay, Part 2” premiere in Madrid.

Lawrence just loves to wear those high fashion dresses that seem to cause problems for her, as the video showed her and her team trying to figure out a dress malfunction before she face-planted on a flight of stairs.

The “Hunger Games” actress famously tripped on a flight of stairs when she went up to accept the Best Actress award in 2013.

Lawrence might have learned from her mishap this time, as she was seen cautioning costar Josh Hutcherson to stay off her train on the red carpet. 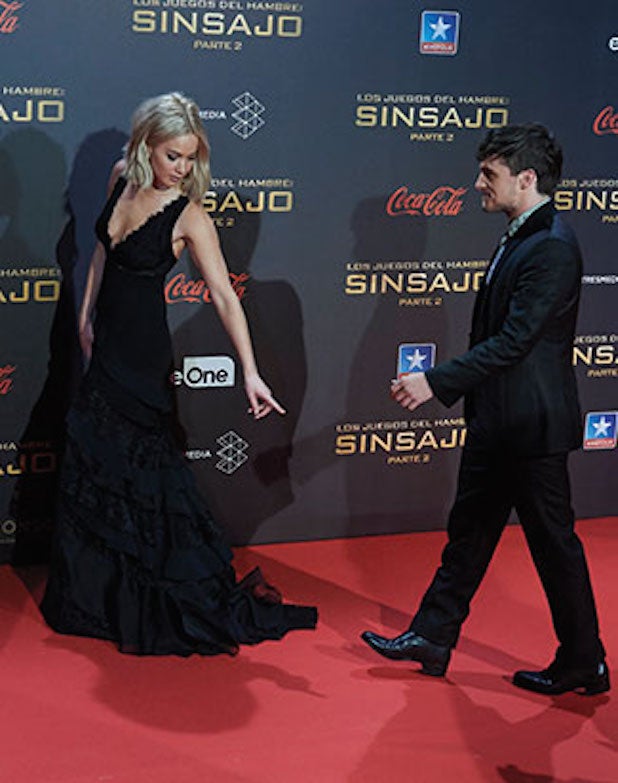