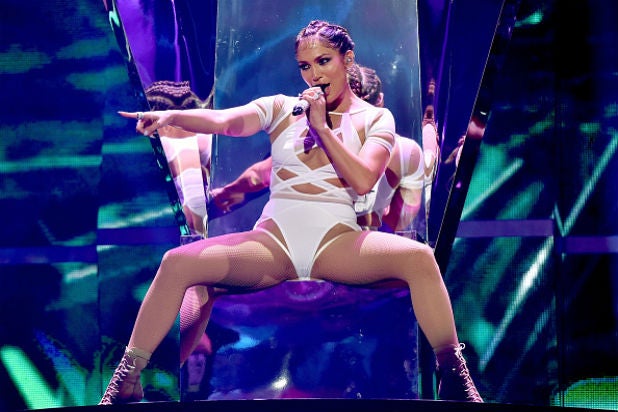 Lopez will perform songs from her recently announced Las Vegas show, “All I Have,” which will premiere January 2016 at The AXIS at Planet Hollywood Resort & Casino.

As previously announced, music stars Joe Jonas and Charlie Puth will appear live on ABC’s “Good Morning America” on Oct. 13 to announce nominees in six categories for the awards show. Immediately following the broadcast, five additional categories will be announced exclusively via Snapchat.

American Music Awards nominees are based on key fan interactions as reflected in Billboard Magazine and on Billboard.com, including album and digital singles sales, radio airplay, streaming, social activity and touring.

See video: Jennifer Lopez, Pitbull Team Up for Prince Royce's 'Back It Up'

The 2015 American Music Awards will broadcast live from the Microsoft Theater in Los Angeles on Nov. 22 at 8 p.m./7c on ABC.