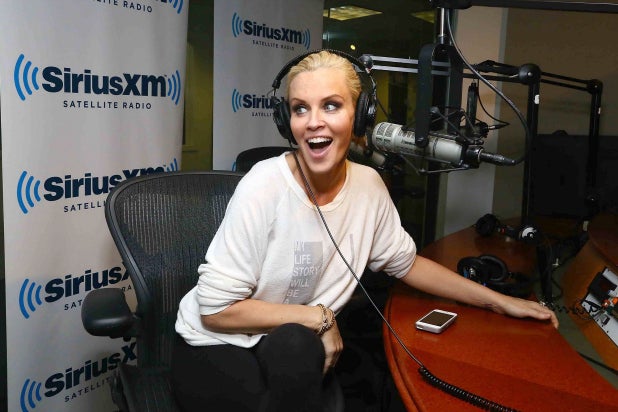 Jenny McCarthy, who co-hosted “The View” from September 2013 to August 2014, thinks the daytime talk show may only last another year.

In an appearance on “The Howard Stern Show” with husband Donnie Wahlberg, Stern asked McCarthy if she would ever consider returning to the show. McCarthy laughed and said, “I think they might try one more year and then I think the Titanic might go down.”

McCarthy also said that a producer of the show tried to get her to come back after the ratings started to drop. “One of the producers called and said would I ever consider it, and I said, ‘No, thank you.'”

McCarthy exited the show after less than a year around the same time that co-host Sherri Shepherd left. In an interview with Stern at the time of her departure, McCarthy said, ““It’s like halfway into [my tenure on “The View”], it was probably around February, I went, ‘God I’m not allowed to be the best of me here.’”

McCarthy currently hosts “Dirty, Sexy, Funny with ” on Sirius XM and appears on “Donnie Loves Jenny,” an A&E reality show about her life with Wahlberg.

Listen to McCarthy’s interview below.