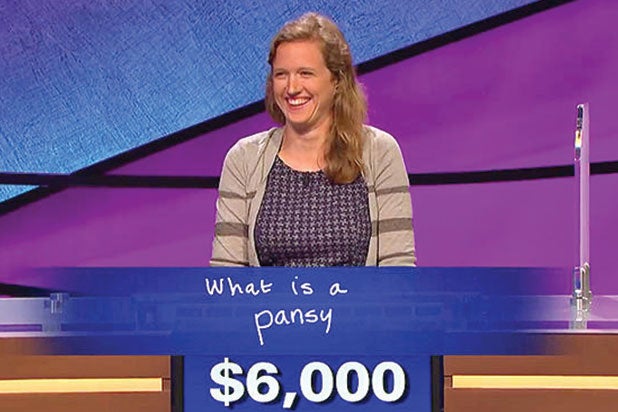 While many would have left the board blank if they didn’t know the right answer to a Final Jeopardy question, Sullivan decided to have a little fun.

Host Alex Trebek asked to identify the flower represented in a picture, the name of the flower also being a “disparaging term for people on the political left.” After 30-seconds, Sullivan revealed that she wrote “pansy” on her board.

“I think you may have found a way to insult liberals in this country,” said Trebek, and the wrong answer cost Sullivan $6,000. Fellow contestant Sean Anderson won the night after revealing the correct answer, which was “bleeding heart.”

Since then, Sullivan, who is an NPR producer, took to Twitter to insist she didn’t mean to insult anyone, stating that “she just put the only flower I knew that was also an insult.”

Also Read: 'Jeopardy,' 'Wheel of Fortune' Renewed Through 2018 by CBS

OK here's the deal with pansy: I actually didn't know bleeding heart was a flower. I just put the only flower I knew that was also an insult

Second place still gets me two grand though. Worth it. Sean did great.

File this under “Unexpected Responses.”