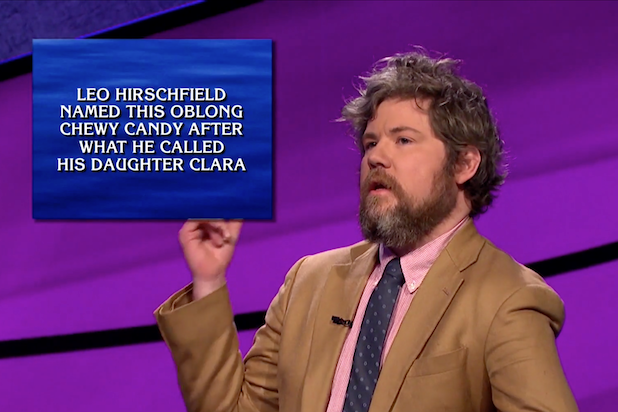 The Alex Trebek-hosted game show grew 8 percent week over week, averaging a 6.4 rating. That was close behind weekly winner “Family Feud” (a 6.7, also up 8 percent) and runner-up “Judge Judy” (6.6, up 2 percent).

“Wheel of Fortune” finished fourth for the week with a 5.9 national syndication Nielsen rating.

Also Read: 'Jeopardy!' Winner Austin Rogers on Online Trolls: 'I Take the Haterade With a Grain of Salt'

However, it wasn’t enough to surpass Tennessee stay-at-home mom Scarlett, who also came up with the correct question in the Movie History category (“It’s a Wonderful Life”) for a total of $33,201.

Before he bid adieu to the game show, however, Rogers helped give birth to the unlikely “Jeopardy!” phrase “d– tree.” Read all about that here.