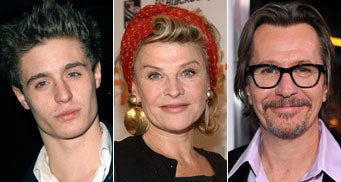 Another offspring takes up Daddy’s business.

Amanda Seyfried stars in the Warner film, which is a gothic horror remaining of the Little Red Riding Hood fable.

The "Dear John" star will play a woman caught in a love triangle in a medieval village, and if that’s not scary enough for you, she’s also being terrorized by a werewolf. Wolves are Hollywood’s new vampires, just in case you haven’t noticed a trend lately.

According to the Reporter, Irons will play Henri, the son of a blacksmith who is arranged to be married to Seyfried. Fernandez is playing Peter, an orphaned woodcutter who Seyfried falls for, much to her family’s dismay. 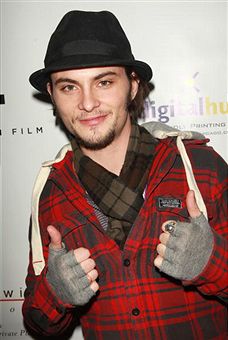 Oldman will play Father Soloman, a man who is tasked with finding and killing the werewolf as the village’s designated Witchfinder General, while Christie, who hasn’t been since in a studio movie since 2004’s "Harry Potter and the Prisoner of Azkaban," will play Seyfried’s grandmother, who enjoys knitting with a pair of silver needles.

Hmmm … I wonder if those will come in handy at some point in the movie?

Fernandez reportedly screen-tested/auditioned seven times before landing the coveted role, and I’m glad that he’ll finally get to enjoy his bigscreen breakout, having previously missed out on Robert Pattinson’s part in "Twilight" and Emile Hirsch’s "Speed Racer" role.

Young Irons has also endured his share of close casting calls, with newcomer Sam Claflin recently edging him out for a key role in Disney’s "Pirates of the Caribbean: On Stranger Tides." He did, though, have small roles in "Dorian Gray" and "Being Julia" (which also starred his father).