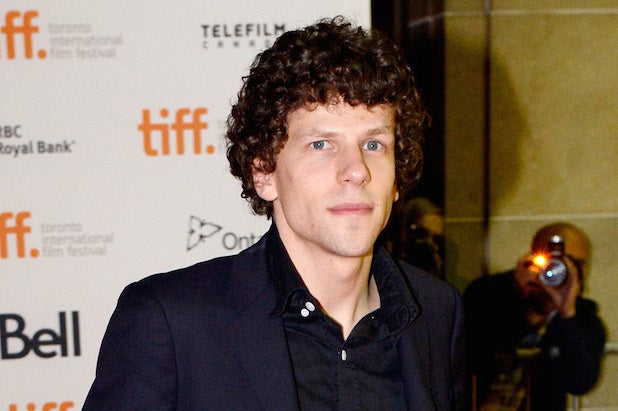 Eisenberg stars as a man attacked at random on the street, who trains in a local dojo as a means to defend himself from further harm. Nivola plays his coach.

There, he “uncovers is a sinister world of fraternity, violence and hyper-masculinity and a woman (Imogen Poots),” according to Bleecker Street.

“We couldn’t be more thrilled to be working with an exciting filmmaker like Riley,” said Bleecker Street CEO Andrew Karpen in a statement. “Ever since we saw his work at Sundance and SXSW we knew we wanted to be in business with him and we can’t wait to bring his original and hilarious vision to audiences around the world.”

Stearns called “The Art of Self-Defense” a “very personal film that happens to have karate in it,” in a statement. “I’m lucky to be surrounded by actors, a crew, producers and a distributor like Bleecker Street who care as deeply about the project as I do,” he added.

The film is produced by Andrew Kortschak, Cody Ryder, Stephanie Whonsetler and Walter Kortschak. Karpen is an Executive Producer on the film.