Jesse Spencer, who played firefighter Matt Casey on “Chicago Fire” for 10 years before departing in October, is in talks to return for the 10th season finale on May 18, a source close to the production confirmed to TheWrap on Monday.

Last week, executive producer Derek Haas told TVLine at “One Chicago Day” that he was all for Spencer’s return. “That would be amazing. That would be a coup for our show if we could talk Jesse into coming back. So the status on that is all systems looking good. And yes, I talked to him last week so I’m very hopeful that that’s going happen.”

Haas had previously teased the actor’s return to Parade in December, saying the romance between Matt and Sylvie Brett (Kara Killmer) would continue. “We’re not putting a kibosh on [their long-distance relationship],” Haas said.

The fire captain character’s unexpected move to Oregon in the 200th episode came because he felt duty-bound to look after Griffin and Ben Darden, the teenage sons of his late friend, Andy. 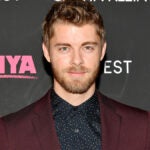 Haas added that although Spencer’s participation hadn’t yet been locked down, “it is our great expectation that we will see both Casey and Brett in the finale, because giant, big exciting things are going to be happening. This will be the best finale ever, I’ll go ahead and say it.”

Spencer was one of six remaining series regulars from the first season, which launched in 2012. At the time of his exit, he said leaving was “a difficult decision,” but that after 10 years on “Chicago Fire” and eight on “House,” he felt it was time to pursue other projects.

“I realized I’ve been doing TV for a long time. I added it up, and I think this year is my 18th year of network television… It was a difficult decision because I’ve loved the show from the start, but there are other things that I would like to do in the future, and there’s some family that I need to take care of, and 18 years is a long time,” he told TVLine at the time.