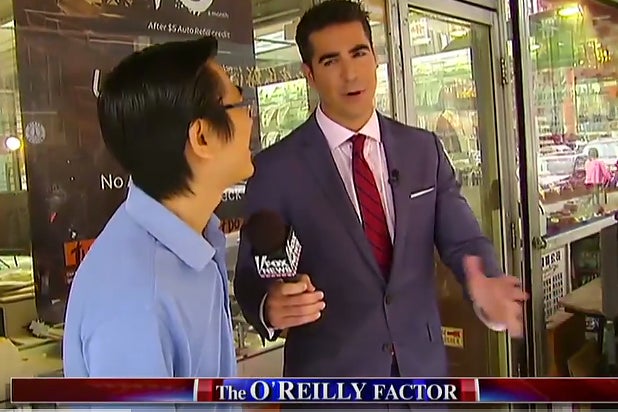 “Watters’ World” began as a popular segment on “The O’Reilly Factor” and eventually became a re-occurring weekend special. The show will now occupy the 8 p.m. timeslot every Saturday night.

“Jesse’s monthly specials have proven extremely popular and we are confident the ‘Watters’ World’ weekly airings will make a great addition to our weekend lineup,” Programming EVP Suzanne Scott said in a statement.

Bill O’Reilly’s protégé has emerged as a fan favorite on the network with his man on the street segments, where he typically exposes average Americans on their lack of knowledge of liberal bias.

“I am humbled that FOX News Channel has given me this opportunity. I look forward to viewers entering my world more often and wouldn’t be in this position if it weren’t for Bill,” Watters said in a statement.

Watters had quite a year in 2016, getting into a fight with a Huffington Post editor who was attempting to film him during a party, being condemned by New York City’s Mayor Bill de Blasio after a segment on Chinatown that offended some people and even helped a liberal arts college decide they should fly the American flag. Now he starts of 2017 by landing his own show on a permanent basis.

Watters joined Fox News in 2002 as a production assistant and has worked with “The O’Reilly Factor” since 2003.