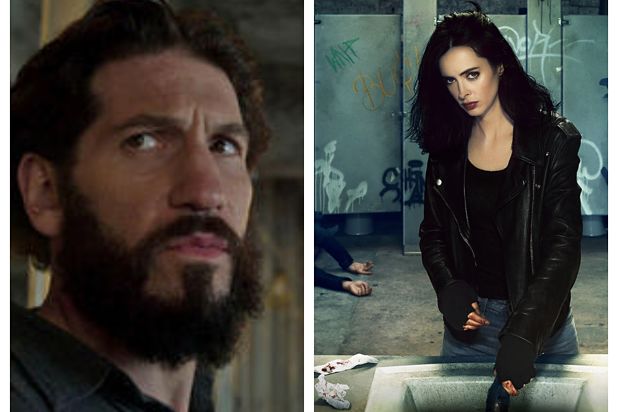 The Netflix-Marvel partnership is officially over.

The streamer has canceled the remaining two series from Marvel — “The Punisher” and “Jessica Jones” — though the third season of the Krysten Ritter-led drama will still air later this year. “The Punisher” premiered its second season in January.

“‘Marvel’s The Punisher’ will not return for a third season on Netflix. Showrunner Steve Lightfoot, the terrific crew, and exceptional cast including star Jon Bernthal, delivered an acclaimed and compelling series for fans, and we are proud to showcase their work on Netflix for years to come,” Netflix said in a statement. “In addition, in reviewing our Marvel programming, we have decided that the upcoming third season will also be the final season for ‘Marvel’s Jessica Jones.’ We are grateful to showrunner Melissa Rosenberg, star Krysten Ritter and the entire cast and crew, for three incredible seasons of this groundbreaking series, which was recognized by the Peabody Awards among many others. We are grateful to Marvel for five years of our fruitful partnership and thank the passionate fans who have followed these series from the beginning.”

Last year, Netflix has canceled its other three Marvel TV series — “Daredevil,” “Iron Fist” and “Luke Cage” — despite the strong response for the third season of “Daredevil.” The streamer decided to cancel “Jessica Jones” — which was going to lose Rosenberg as showrunner anyway after the third season — rather than keep fans waiting and allowing the actors to go find other work.

Netflix’s decision to end its creative partnership with Marvel TV comes as its big-screen counterparts, Marvel Studios, develops multiple TV series for Disney+ that will star characters from the films including Loki, Vision, Scarlet Witch, Falcon and The Winter Soldier.

Marvel’s parent company Disney also ended its licensing deal with Netflix at the beginning of 2019, as the company readies the launch of its streaming competitor to Netflix in Disney+.

“Our Network partner may have decided they no longer want to continue telling the tales of these great characters… but you know Marvel better than that,” Marvel TV head Jeph Loeb said in a statement. “As Matthew Murdock’s Dad once said, ‘The measure of a man is not how he gets knocked to the mat, it’s how he gets back up.'”

Last week during the Television Critics Association press tour, Craig Erwich, Hulu’s senior vice president of originals, told TheWrap that the streamer, which just signed a massive four-series deal for animated shows with Marvel, would be open to working more with the studio.

“Marvel has a ton of titles we’d be interested in,” he said when asked by TheWrap if Hulu would have interest in reviving one of those series.