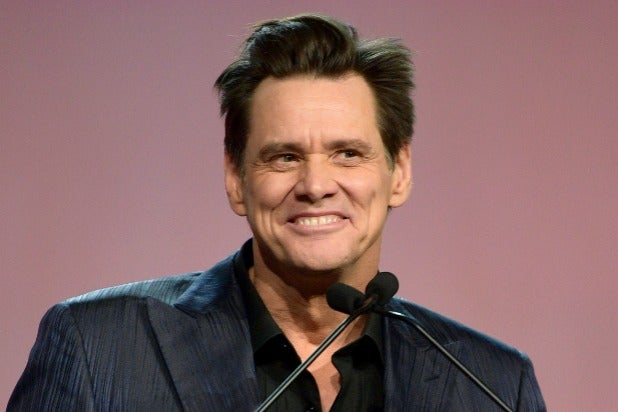 Special counsel Robert Mueller’s report on possible Russian interference in the 2016 election is in — and so is Jim Carrey’s latest artistic assessment of the political landscape.

Shortly after Mueller submitted his report to attorney general William P. Barr, actor/artist Carrey unveiled his latest work, and it’s clear that he’s waiting to see what Barr will, or won’t, do with the report.

Carrey offered his rendering of Barr with the message, “The Mueller report is out! The question now is…how low will this Barr go?”

Carrey wasn’t the only show business denizen to weigh in after Mueller submitted his report.

“Star Trek” alum and frequent Trump critic George Takei also offered his thoughts on Friday, tweeting, “No matter what Mueller’s report contains, we already know three things: Trump surrounded himself with felons, he obstructed justice on behalf of those felons, and he faces multiple federal and state investigations for other criminal activity … The wheel of justice has many spokes.”

See the latest product of Carrey’s artistic wheel-turning below.

The Mueller report is out! The question now is…how low will this Barr go? pic.twitter.com/IveGZzlcRo