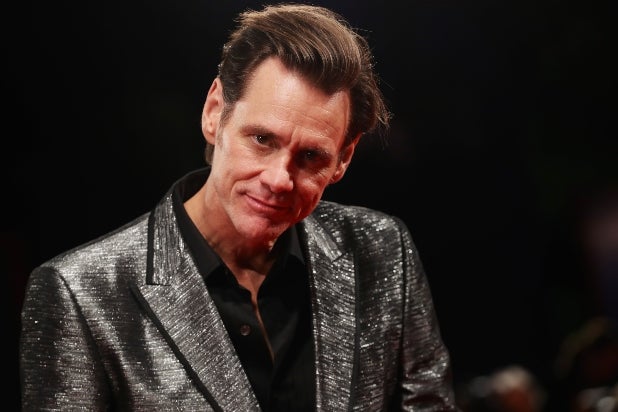 It wasn’t in the form of his usual drawings, but Jim Carrey made sure he paid tribute to Trump’s four-year presidency in a unique way. The actor posted a tweet on Tuesday that included a video of Trump making a speech on CNBC. The short video plays in slow motion, with no words and only unruly bagpipe music in the background. It includes Carrey throwing a paper towel roll at the television and manages to slyly mock the outgoing leader in just 25 seconds.

“How do you spell relief?” asks a caption that plays over the video, before following up with the answer: “I spell it…GOODBYE!”

Carrey’s feelings toward Trump aren’t exactly a secret. But given how hard he throws that paper towel roll, we’re pretty sure he’s more than a little excited that as of tomorrow, Trump’s presidency will be over. Over the past four years, the actor-turned-artist has used his platform to spotlight his dislike of the 45th president by posting cartoons and drawings that depict Trump and his administration in not-so-flattering ways — from the mismanaged handling of the COVID-19 pandemic, to FOX News and their biased reporting, to mocking the pro-Trump rioters who recently stormed the Capitol.

While Carrey will probably continue making cartoons in the era of the new administration, let’s hope that (for as brilliant as the past four years of his work were), they’re a little more peaceful. And while we’re sure he never wants to draw anything relating to Trump again at this point, maybe we can look forward to a return of his famous drawings depending on what happens after Trump leaves the White House.

Today is the last full day that Trump is in office. Tomorrow, Joe Biden and Kamala Harris will be sworn in as president and vice president of the United States.