Jim Carrey took aim at, well, pretty much everybody on Earth in his latest objet d’art, pondering if the occupants of the blue planet — that would be you and me — can even be considered “intelligent life.”

“It’s obvious that in this vast universe there are many forms of intelligent life. The question is – does that include us?” Carrey asked in a caption to a new work he posted Saturday.

The artwork is a tightly-cropped portrait of a bright green alien (presumably), with huge blue eyes, sniffing an almost 3-D red rose. The image sits against a starlit night sky.

Although in the past it has been easy to link one of Carrey’s drawings to a current event, and usually a political one at that, it’s hard to say what triggered his latest.

Check it out below: 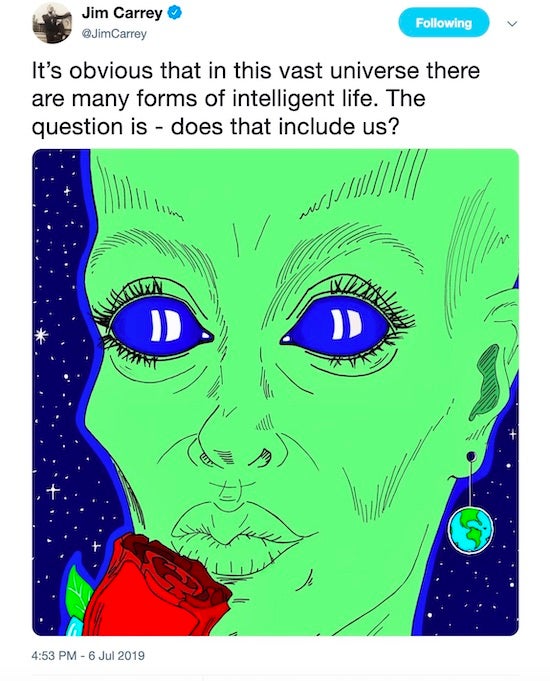