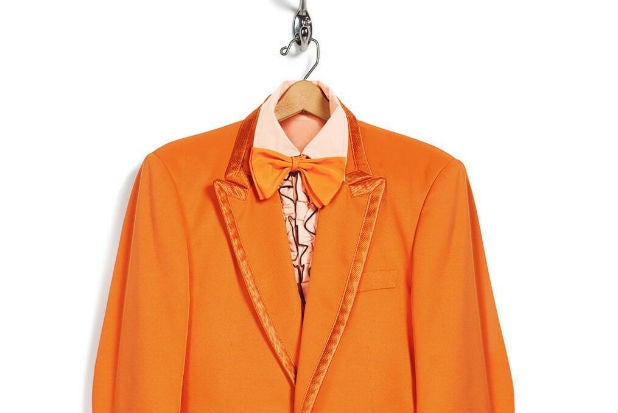 The new poster for “Dumb and Dumber To” calls back to a fan-favorite gag from the first film.

The film’s official site joined Carrey by releasing a second poster, depicting – what else? – the equally-ugly blue tux from the first film, worn by Lloyd’s best friend, Harry (Jeff Daniels).

Behold both posters below: