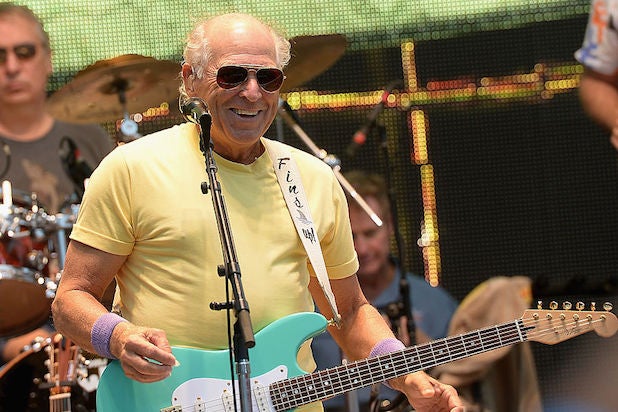 Jimmy Buffett thinks North Carolina’s anti-LGBT law is “stupid” (so stupid, in fact, he calls it that 10 times in a three-paragraph statement). But that doesn’t mean he’s planning to cancel two upcoming shows there.

The “Margaritaville” singer says that while he doesn’t agree with the law, North Carolina was there for him as a performer in the early days, adding that he’s “always felt a loyalty to fans there that goes deep.”

On his web site, Buffett compares the anti-LGBT law to anti-drug laws … specifically saying that he’d “played many shows years ago, in many states where you could go to prison for 20 years for smoking a joint.” He goes on to say that,”Time has fortunately reversed a lot of that way of thinking. But now another stupid law, based on stupid assumptions, has sprung up like kudzu in North Carolina.”

Buffett ends his statement quoting Forrest Gump, telling his fans, “Stupid is as stupid does.”

The Public Facilities Privacy and Security Act, also known as the “bathroom bill,” signed into law by Governor Pat McCrory last month, basically says that people must use bathrooms that match the sex that’s indicated on their birth certificates. Critics of the law argue it is discriminatory toward the transgender community.

The state has been under intense fire and threats of boycott from a long list of companies and performers who’ve threatened to pull their business from the state.

Last week, rock legend Bruce Springsteen showed the state who’s boss when he decided to cancel a concert over the weekend. And singer Bryan Adams canceled a Thursday performance in Biloxi, Mississippi, after the state passed a new law that allows religious groups and some private businesses to refuse service to gay couples.

Nearly 200 bills have been proposed around the country in 2016 that could lead to discrimination against LGBT people, according to the American Civil Liberties Union.

On Friday, the Obama administration announced it was considering whether North Carolina’s law makes the state ineligible for billions of dollars in federal aid for schools, highways and housing.

As a traveling musician for 40 years, I played many shows years ago, in many states where you could go to prison for 20 years for smoking a joint. It was a stupid law based on stupid assumptions. Time has fortunately reversed a lot of that way of thinking. But now another stupid law, based on stupid assumptions, has sprung up like kudzu in North Carolina, where we are scheduled to play shows next week in Raleigh and Charlotte.

North Carolina was there for me as a performer in the early days and I have always felt a loyalty to fans there that goes deep. Rightly so, a lot of people are reacting to the stupid law. I happen to believe that the majority of our fans in North Carolina feel the way I do about that law. I am lucky enough to have found a job in the business of fun. These shows were booked and sold out long before the governor signed that stupid law. I am not going to let stupidity or bigotry trump fun for my loyal fans this year. We will be playing in Raleigh and Charlotte next week.

That said, as for the future of shows in North Carolina, it would definitely depend on whether that stupid law is repealed. That is up to the good people of North Carolina and there are many, and I am confident that they will see that the right thing will be done. As Forrest said, “Stupid is as stupid does.”