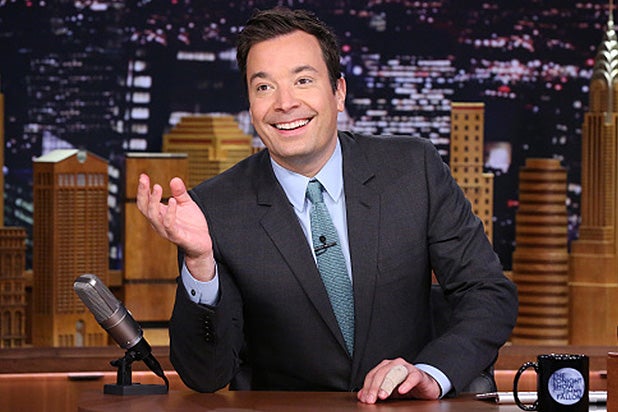 It’s never too early for late-night.

“Silence! I have a message from the king — Mr. Steve Burke!” (Burke is the CEO of NBCUniversal, and an executive vice president at parent company Comcast.)

“At least we’re not rebooting ‘Heroes’ or renewing ‘The Slap!'” (“Heroes: Reborn” was one-and-done; “The Slap” never made an impact in TV ratings.)

“Welcome back to Upfronts week/See the networks lying through their teeth.” (Yep. A lotta that.)

And, of course: “At least we’re the network that can say we fired Donald Trump!” (True! Arnold Schwarzenegger is the new host of “The Celebrity Apprentice.”)

They all sounded better with the rhyming setups, naturally.