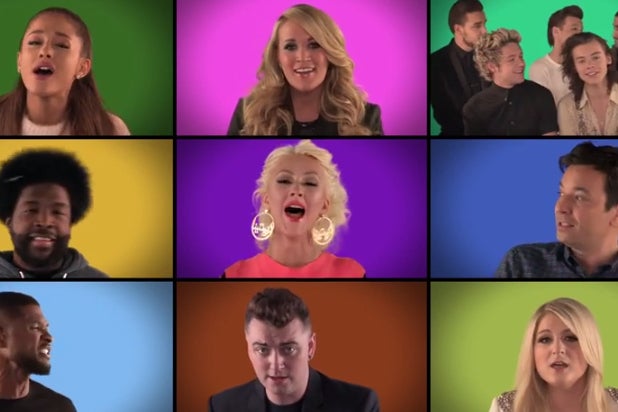 The New England Patriots are NFL champions, and Jimmy Fallon, The Roots and their famous musical friends were kind enough to remind them of that with a sweet a cappella group serenade.

Joining the “Tonight Show” host and his house band were Carrie Underwood, Sam Smith, Ariana Grande, Blake Shelton, Usher, Meghan Trainor, One Direction and Christina Aguilera, belting out “We Are the Champions” notes in a “Brady Bunch” style tic-tac-toe board pattern.

Shoutout to The Roots for the beatboxing mouth instrumentals. Sorry to the Seattle Seahawks, who fell a yard shy from making this their new ringtones.