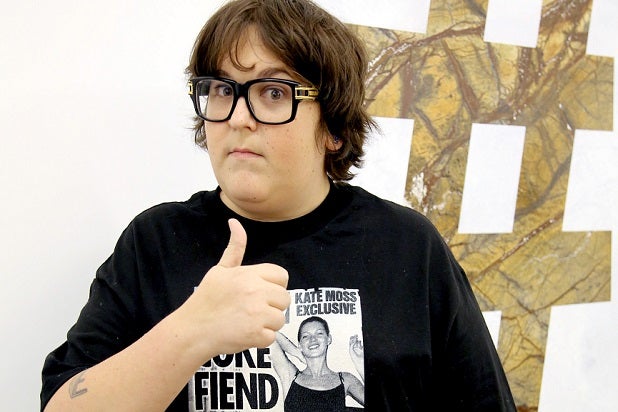 Andy Milonakis is invading Japan, thanks to a new deal with Endemol Beyond USA.

Viral video star Milonakis, who gained prominence when he was featured on “Jimmy Kimmel Live” and whose MTV sketch comedy series “The Andy Milonakis Show” was produced by Kimmel, has signed an overall TV and digital development  deal with Endemol Beyond USA, the premium channel network and digital division of Endemol North America.

Also read: ‘Phantom of the Opera’ Series From Tony Krantz, Jean-Pierre Jeunet in the Works at Endemol

The first project from the partnership will be “Andy’s Hungry Voyage,” during which Milonakis will travel to Tokyo on a quest to eat his way through the city. The show, which began production Monday, will be complimented by the social media tag #Japandy.

The overall deal will also include “Andy Milonakis 2.0,” which is billed as a digital update of his MTV show, along with a game play format and a music video series. Original episodes of all digital content will reside on Milonakis’ YouTube channels as well as on the YouTube channel BeyondRealityUSA.

“Andy Milonakis is a one-of-a-kind performer and I’m happy he’s now part of our Endemol Beyond #DigitalDreamTeam,” Endemol Beyond USA president Will Keenan said. “Andy and his comedy never grow old and we’re looking forward to produce with him these exciting, new projects for digital and TV, starting this week in Japan with “Andy’s Hungry Voyage”. #Japandy!”

“I wanted to do this deal with the insanely smart Will Keenan and the innovative team at Endemol because of my new full-time devotion to online media,” Milonakis added. “The Internet isn’t the future, the Internet is NOW.”