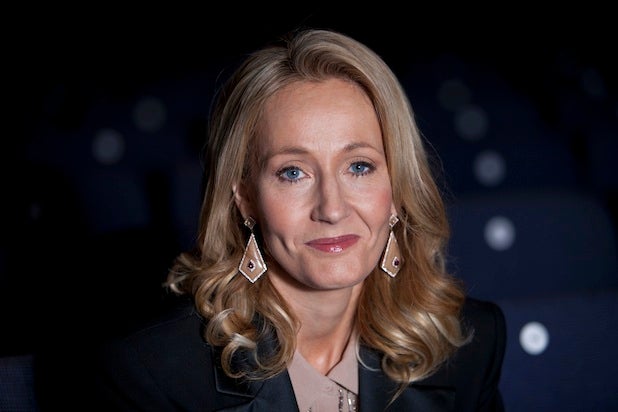 “Harry Potter” author J.K. Rowling has added her voice to the cacophony of anger in response to President Donald Trump’s Twitter attack against “Morning Joe” co-host Mika Brzezinski Thursday morning — and added the voice of another U.S. president, too.

Thursday morning, Rowling tweeted a quote from Abraham Lincoln with screenshots of the president’s tweets against Brzezinski.

“‘Nearly all men can stand adversity, but if you want to test a man’s character, give him power.’ Abraham Lincoln,” she tweeted.

'Nearly all men can stand adversity, but if you want to test a man's character, give him power.' Abraham Lincoln pic.twitter.com/vkJnlXbnXg

Trump said Brzezinski had a “low I.Q.” and slammed her for “bleeding badly from a face-lift” when he saw Brzezinski and Joe Scarborough — Brzezinksi’s co-host and fiancé  — around New Year’s Eve.

Rowling’s is one of many negative reactions to Trump’s tweets. Brzezinski herself clapped back with an attack on the president’s so-called tiny hands in a tweet featuring a Cheerio box that says “made for little hands.”

Several others have come to Brzezinski’s defense, calling the president’s behavior undignified.

Please just stop. This isn't normal and it's beneath the dignity of your office.

This is disgraceful & shameful. The message this sends, that you can bully others like this w/out any shame or consequence, is disgusting. pic.twitter.com/jrvzJwIspd