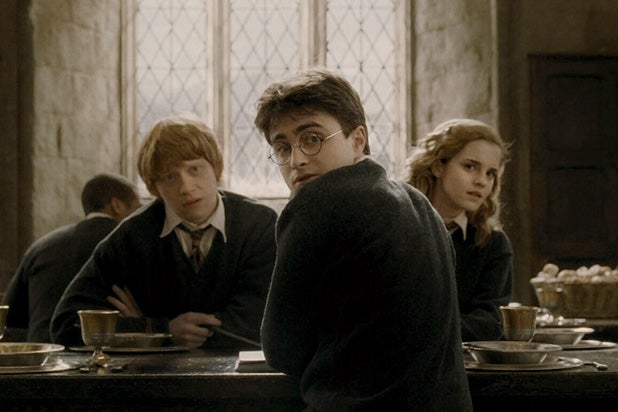 In a plot that could be credited to Lord Voldemort and his Death Eaters, a rare, handwritten Harry Potter prequel has been stolen in the U.K.

The 800-page story written on an A5 postcard by J.K. Rowling was snatched by burglars from a suburban home in Birmingham, England, last month.

West Midlands Police issued a plea for the Potter memorabilia on Friday, as muggle detectives have failed to break the case with their non-magic powers of investigation.

.@jk_rowling The story, penned personally by @jk_rowling over 2 sides of an A5 postcard is extremely valuable & stolen during a burglary in #KingsHeath pic.twitter.com/Aio04lVjFt

“The only people who will buy this unique piece are true Harry Potter fans,” Officer PC Paul Jauncey said in a statement Friday. “We are appealing to anyone who sees, or is offered this item for sale, to contact police.”

Rowling also sent out a personal plea, telling Twitter followers not to buy the prequel if offered.

PLEASE DON'T BUY THIS IF YOU'RE OFFERED IT. Originally auctioned for @englishpen, the owner supported writers' freedoms by bidding for it. https://t.co/ljEQyyj9yY

The unique piece sold for around $32,000 at a 2008 auction to benefit Dyslexia Action and English PEN, an advocacy group for free speech and human rights. It was signed by Rowling and graced with this postscript: “From the prequel I am not working on — but that was fun,” according to CNN.

The New York Times offered up more details on the content of the prose, saying: “The prequel, set shortly before the birth of Harry Potter, centers on his father, James, and his mentor, Sirius Black. The men have a dustup with a pair of police officers, from whom they escape on broomsticks, according to reports in the British news media.”

A quantity of jewelry was also stolen from the property on Howard Road, Birmingham, when it was broken into sometime between the 13 and 24 April, the police said.

Anyone who knows the whereabouts of the unique and rare postcard and those with information about the break-in are asked to contact the West Midlands Police.

The Evolution of Emma Watson, From 'Harry Potter' to 'The Circle' (Photos)

The 27-year-old actress, who stars in “The Circle” opening Friday, has come a long way since her first Hermione Granger days

From her initial "Harry Potter" days to 2017's "The Circle," see how Emma Watson's acting career evolved, as well as her stunning beauty campaigns.