J.K. Simmons, who will play the Gotham City Police head honcho in the upcoming DC Comics movie, is evidently unaware that his character is not a superhero because he’s been training to get in top shape for the film.

The actor has been working with celebrity trainer and former marine Aaron Williamson to get swoll for the role, with Williamson posting pictures of Simmons on his Instagram account that make him look like a pro bodybuilder at 61.

“Every time we train together I forget he’s 61 years old. So much respect for this guy,” Williamson captioned one photo of the Oscar winner pumping iron.

Simmons takes over the role of Gordon from Gary Oldman, who played the police commissioner in Christopher Nolan‘s “Dark Knight” trilogy. The character also currently appears on the small screen, played by Ben McKenzie on Fox’s “Gotham.”

Check out more photos of Simmons training below: 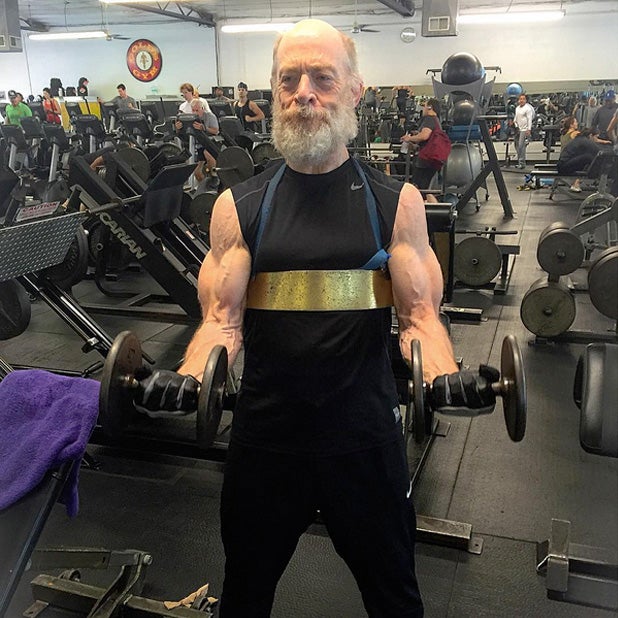 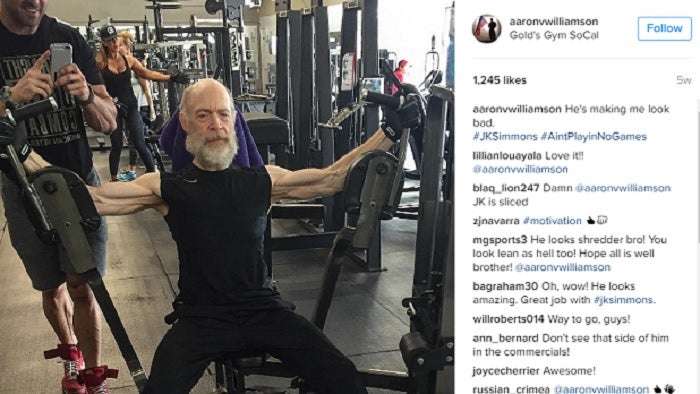