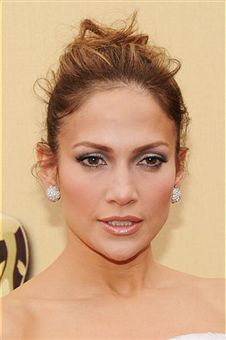 The remake craze continues and this time, Hollywood has gone "Overboard."

Jennifer Lopez is in talks to star in Columbia’s remake of Garry Marshall’s 1987 Goldie Hawn-Kurt Russell romantic comedy, according to the Hollywood Reporter.

The original starred Hawn as a spoiled rich woman who wakes up with amnesia after falling off her boat, and is convinced by a local carpenter (Russell) that she is his wife and the mother of his four obnoxious sons.

The film didn’t exactly make a splash at the box office, grossing only $26 million after seven weeks in theaters and a prime release date the week before Christmas, so I’m not sure why Columbia feels "Overboard" is ripe for a remake, especially with Lopez, whose days as a movie star may be numbered.

Yet for some reason, I have a good feeling about this one. Call me crazy, but I’ve always harbored a soft spot for "Overboard" since I was a kid, perhaps because I grew up in a family of all boys and thought it was funny watching Hawn struggle to control Russell’s kids. I won’t go … overboard (editor’s note: Sharon objects) with my expectations for the remake, but there could be a hit here.

Lopez hasn’t been seen on the big screen since "El Cantante" in 2006, but the pop star makes her return on April 23 in "The Back-Up Plan." Her husband, Marc Anthony, is not expected to inherit the Russell role.

The team of Adam Cooper and Bill Collage ("Accepted") penned the script with Leslie Dixon, who also wrote the original. No director is attached to the project yet.

Overbrook’s Will Smith and James Lassiter are producing the remake, which means that one of the unruly children could be played by "Karate Kid" star Jaden Smith.