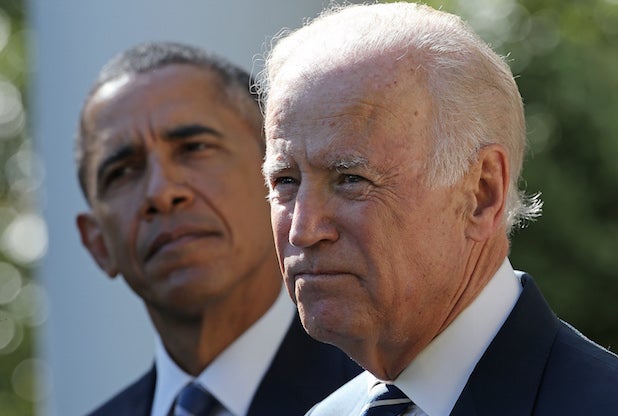 No one is more upset about Donald Trump becoming president than Joe Biden -- at least in meme form. The vice president has gone viral as the subject of internet memes that show him trolling the president-elect. 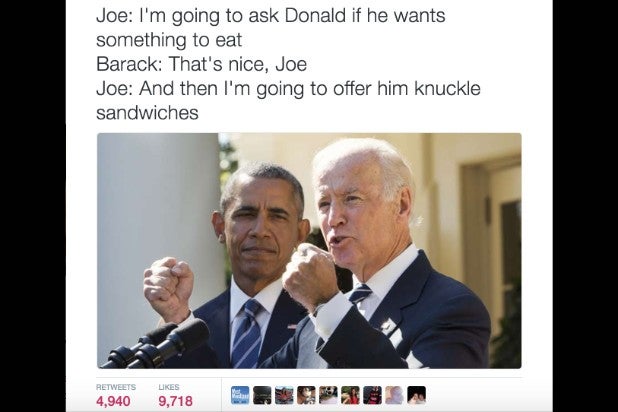 Joe: I'm going to ask Donald if he wants something to eat.

Joe: And then I'm going to offer him knuckle sandwiches 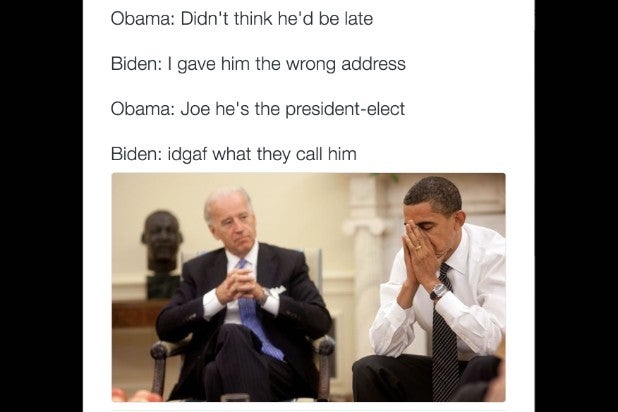 Biden: I gave him the wrong address.

Biden: idgaf what they call him. 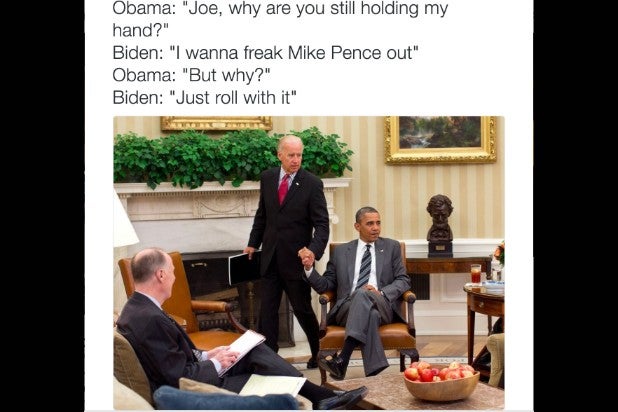 Obama: Joe, why are you still holding my hand?
Biden: I wanna freak Mike Pence out.

Biden: "Just roll with it" 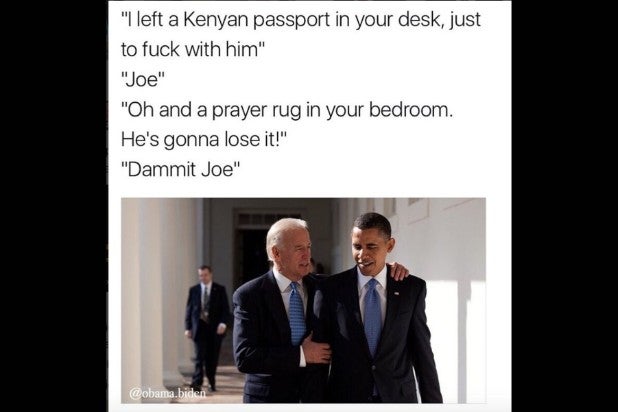 Biden: I left a Kenyan passport in your desk just to f--- with him.

"Oh and a prayer rug in your bedroom. He's gonna lose it!" 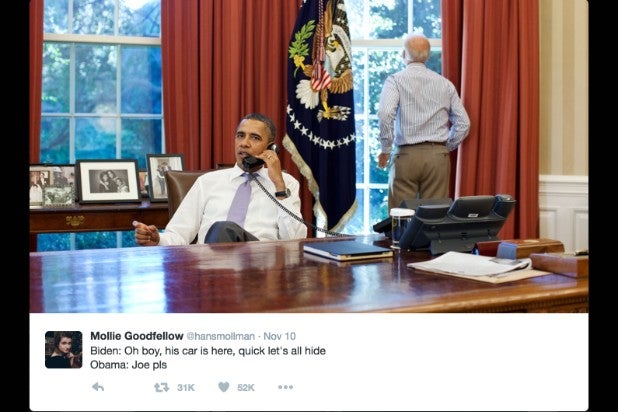 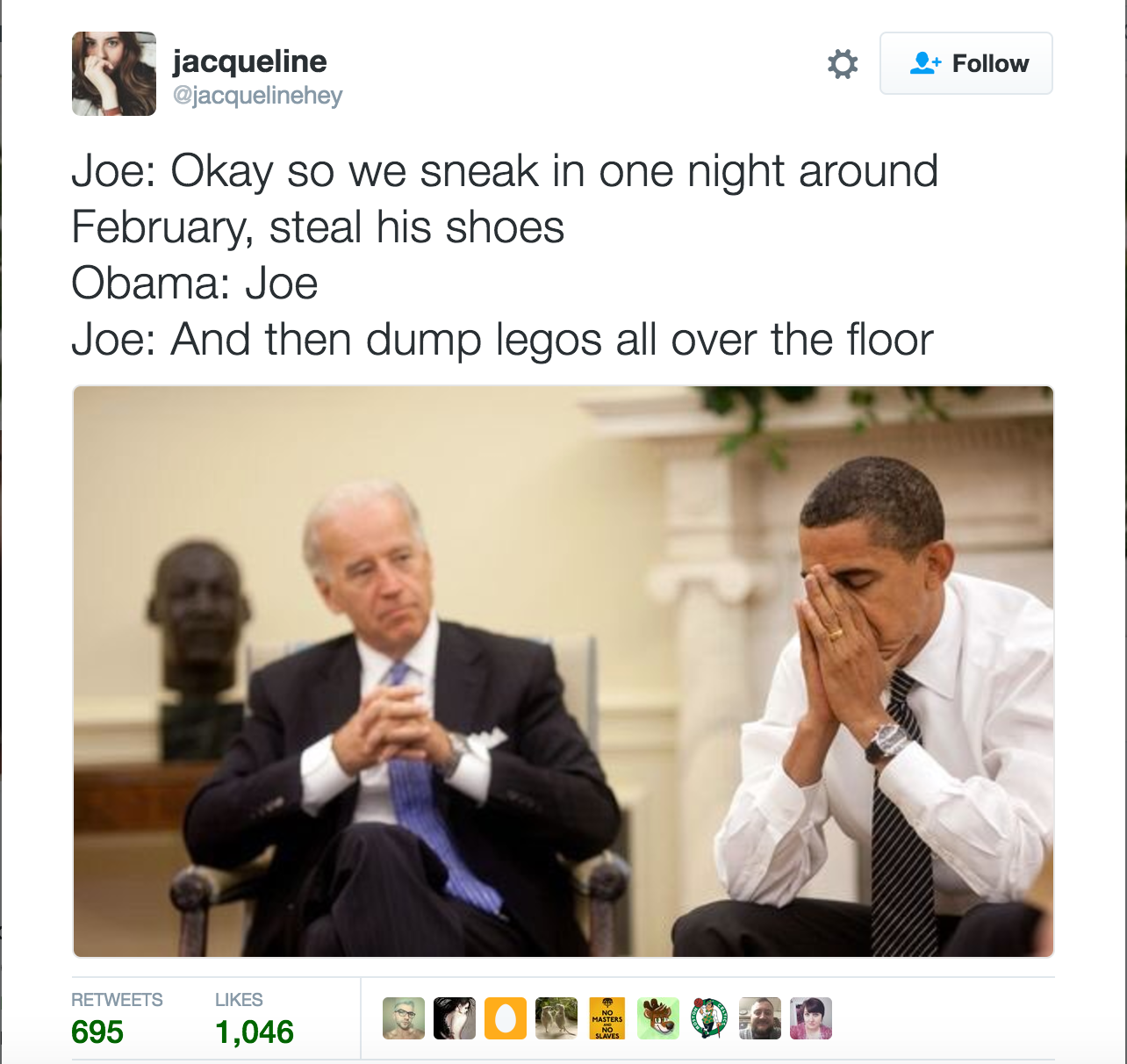 Biden: Okay so we sneak in one night around February, steal his shoes.

Biden: And then dump legos all over the floor. 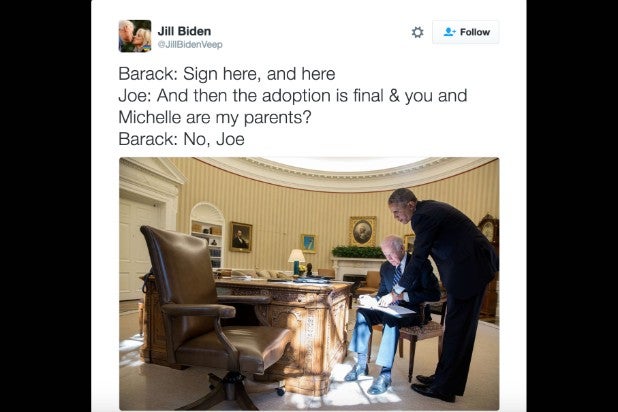 Biden: And then the adoption is final & you and Michelle are my parents? 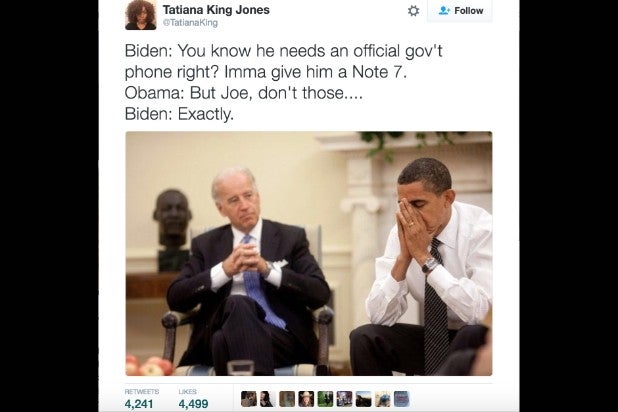 Biden: You know he needs an official gov't phone right? Imma give him a Note 7. 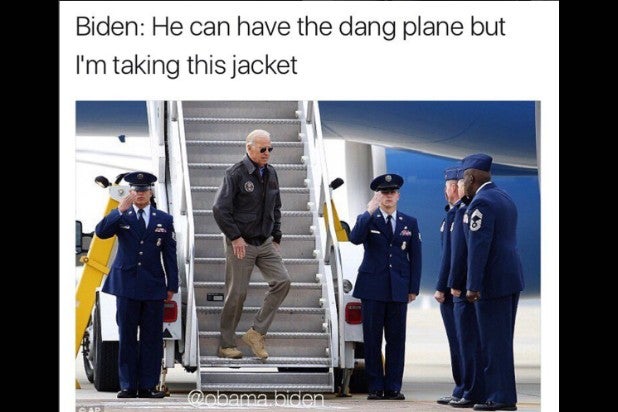 Biden: He can have the dang plane but I'm taking this jacket. 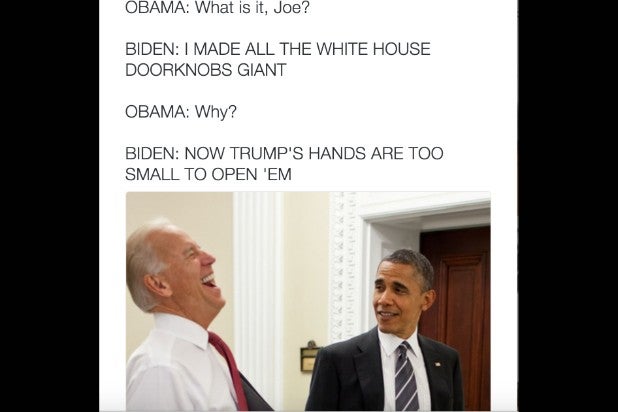 Biden: I made all the White House doorknobs giant

Biden: Now Trump's hands are too small to open them. 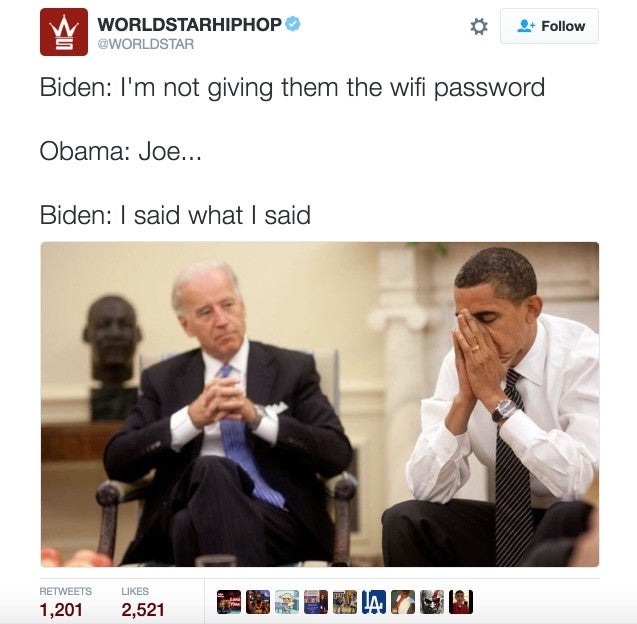 Biden: I said what I said 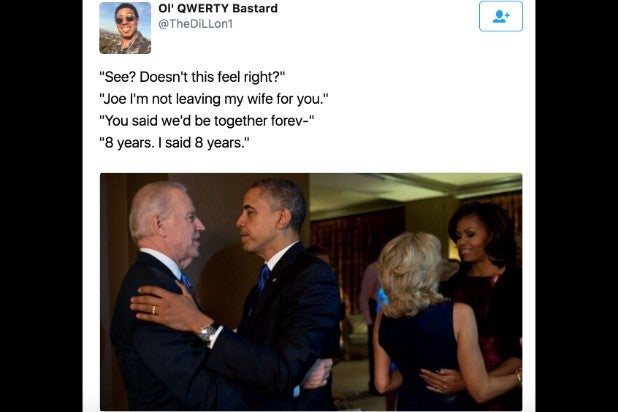 Obama: "Joe I'm not leaving my wife for you."

Joe: "You said we'd be together forev-" 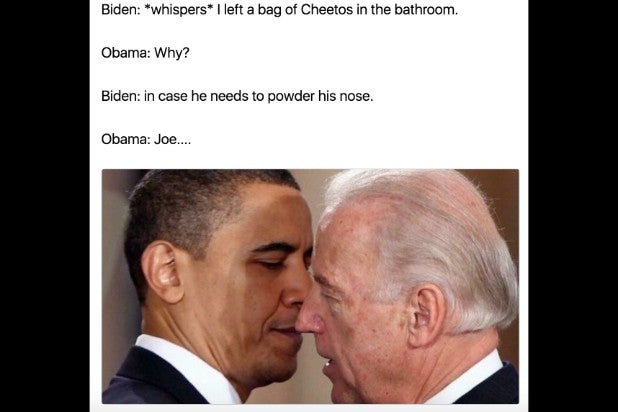 Biden: *whispers* I left a bag of Cheetos in the bathroom.

Biden: in case he needs to powder his nose. 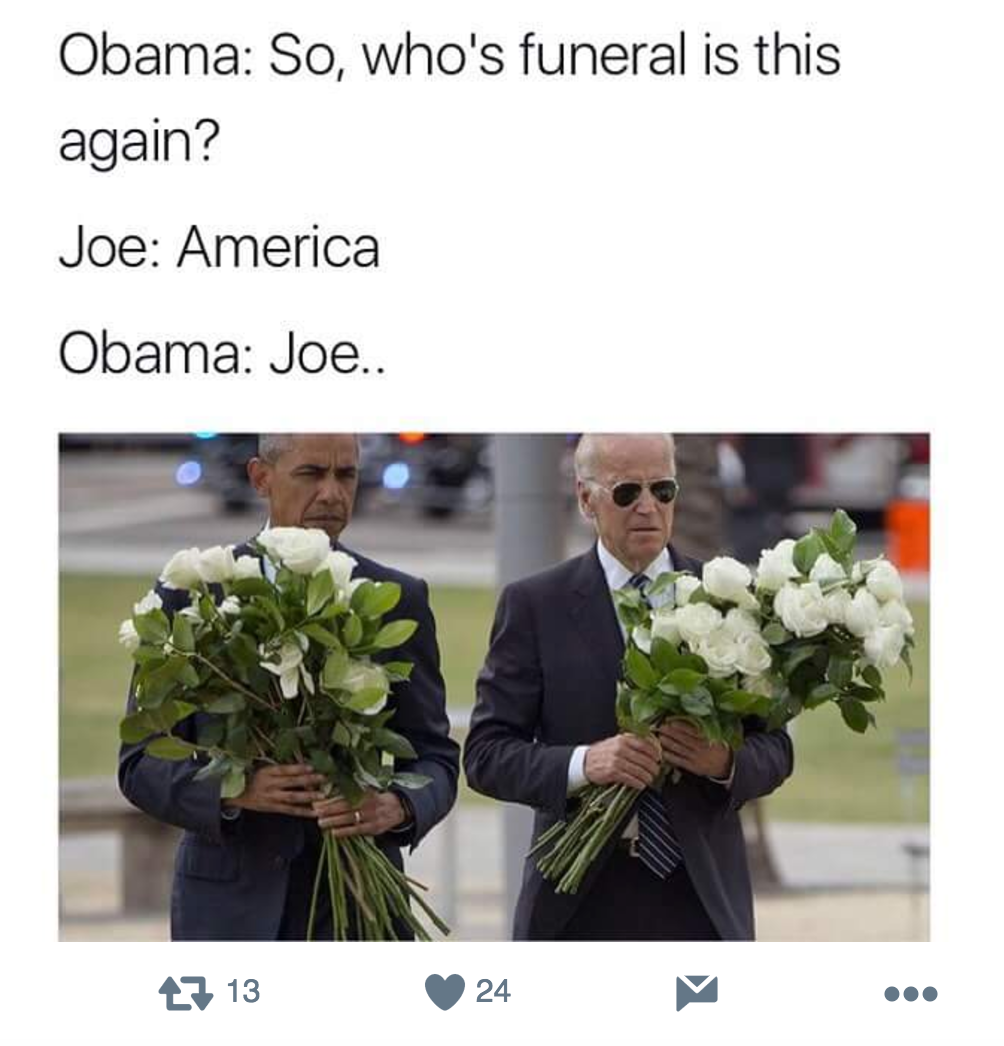 Obama: So, who's funeral is this again? 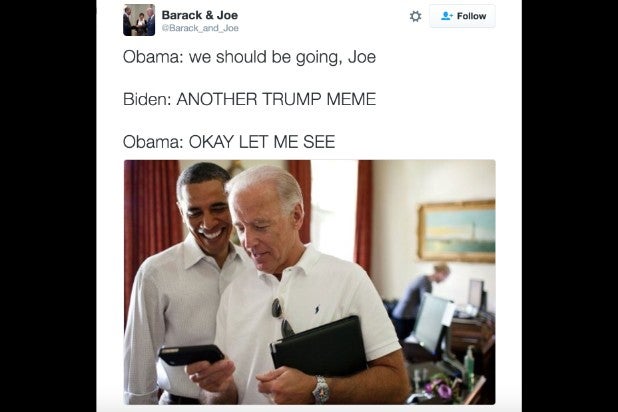 Obama: We should be going, Joe. 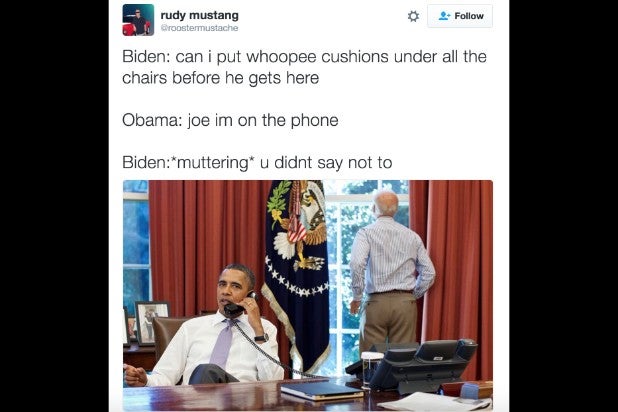 Biden: can i put whoopee cushions under all the chairs before he gets here

Obama: joe im on the phone

Biden:*muttering* u didnt say not to 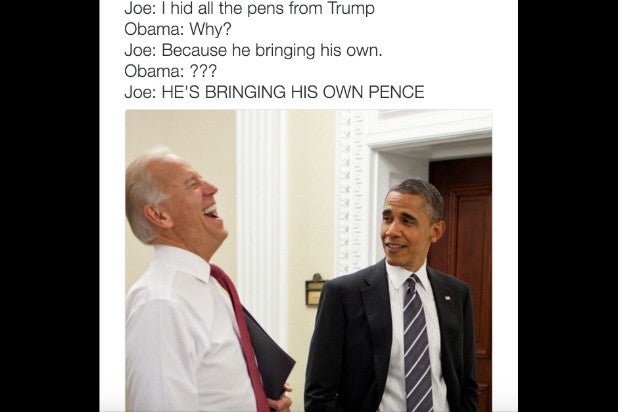 Joe: I hid all the pens from Trump

Joe: Because he bringing his own.

Joe: HE'S BRINGING HIS OWN PENCE 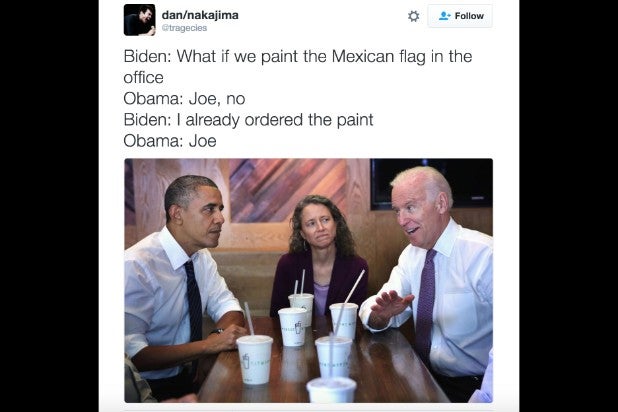 Biden: What if we paint the Mexican flag in the office

Biden: I already ordered the paint 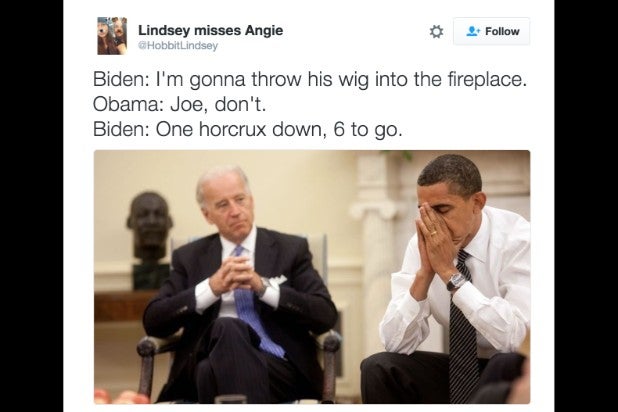 Biden: I'm gonna throw his wig into the fireplace. 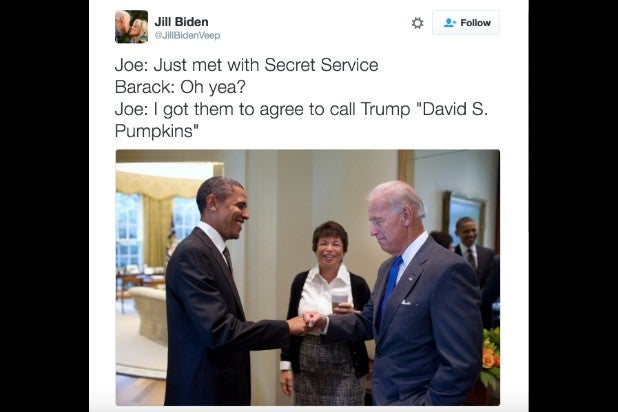 Joe: I got them to agree to call Trump "David S. Pumpkins" 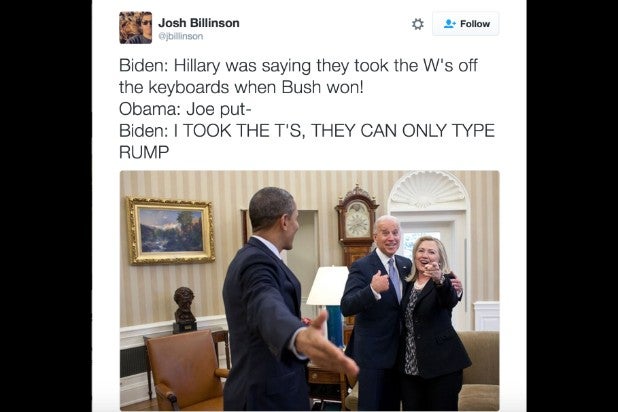 Biden: Hillary was saying they took the W's off the keyboards when Bush won!

Biden: I TOOK THE T'S, THEY CAN ONLY TYPE RUMP 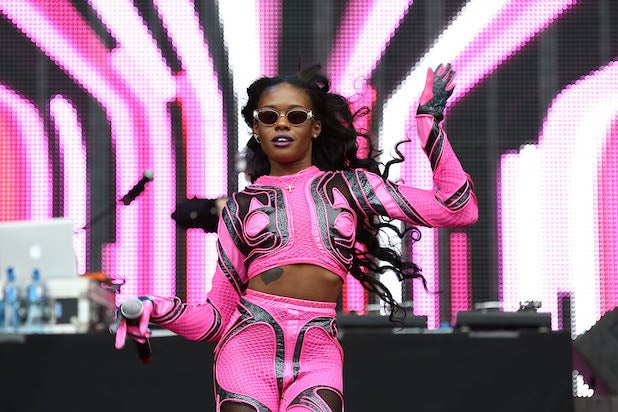 If you enjoyed this gallery, check out our list of 37 Hollywood Stars for Trump.