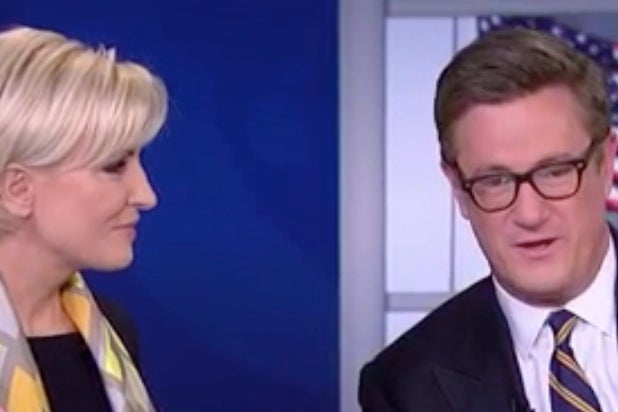 After revealing Williams and his family were extremely kind to his family when they moved down the block from each other, Scarborough said he hopes when “all the madness on Twitter and online” die down, decisions will be based on the entirety of Williams’ career.

“Bad mistakes, yes, and they were bad mistakes…we all make bad mistakes,” Scarborough said, then reciting a bible verse about being judged the way you judge others.

“I’ve seen a lot, I know a lot, and I know that there are very few people in this industry or in politics that can live by the standard of perfection,” Scarborough added, saying Williams isn’t a subject he can be objective on.

Scarborough said Williams “puffing his chest” by exaggerating certain stories on Letterman is one thing, but it would be worse if reporting mistakes were revealed from his actual program.

Mika Brzezinski chimed in she’s horrified by the pile on going on toward the “Nightly News” host, but she’s also aware he is held to a higher standard than other journalists.

Scarborough concluded by noting something he read over the weekend regarding the more impactful mistake: Brian Williams‘ conflating which helicopter he was on in Iraq or the misinformation reported leading up to the Iraq War.