Joel Kinnaman will appear in the fourth season of the Netflix series “House of Cards,” TheWrap has learned.

Kinnaman’s role in the show is unknown at this time, but based on the first photo of him from the set (below), he gets quite chummy with President Frank Underwood (Kevin Spacey).

In season three of “House of Cards,” Underwood was fighting for his political life as challengers emerged who want to remove him from the White House. He also fought bitterly with his wife, Claire (Robin Wright).

Also Read: 'House of Cards' Renewed for Season 5 by Netflix

Kinnaman will star as Rick Flagg in the DC Comics movie “Suicide Squad,” which is set to be released Aug. 6.

Season four of “House of Cards” will premiere on Netflix March 4. 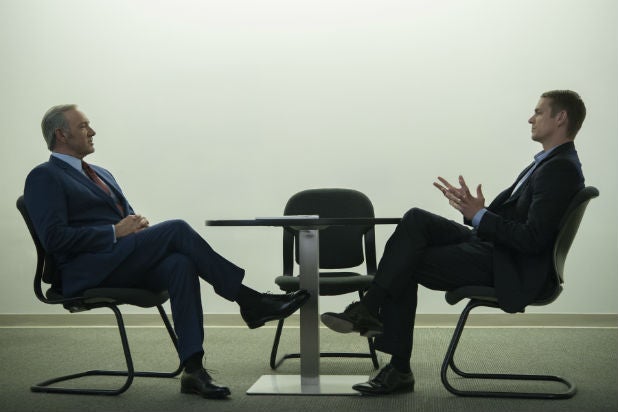 From Frank Underwood in ”House of Cards'“ to Selena Meyers of ”Veep,“ TheWrap looks at the most badass TV leaders who could shake up Washington