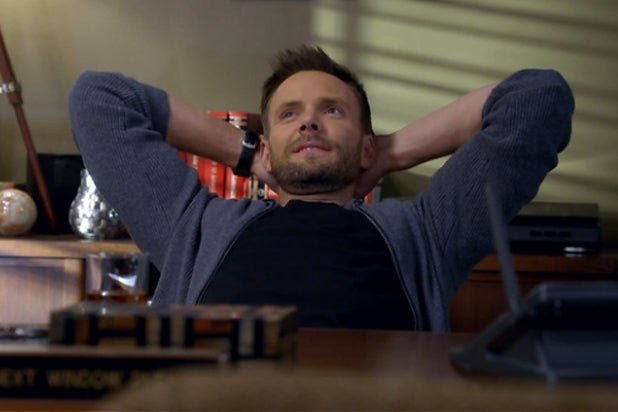 It looks like “Community” star Joel McHale is still a little bitter about how thing went down with NBC.

“It’s great to be on a broadcast network where they actually advertise your shows,” McHale said at the CBS Upfronts event in New York on Wednesday. “CBS has it all: Strategy, hit shows, and, oh yeah, viewers.”

McHale was of course referring to “Community,” the cult comedy series he starred in on NBC for five seasons from 2009 to 2014. The show had a devoted following but failed to drive big ratings numbers, leading to its cancellation. It was then picked up for one additional season on Yahoo! Screen.

McHale is set to star in the new CBS sitcom “The Great Indoors.” The multi-camera sitcom follows an adventure reporter (McHale) who must adapt to the times when he becomes the boss to a group of millennials in the digital department of a magazine.

Other CBS comedies on the fall schedule include “Kevin Can Wait” starring Kevin James and “Man with a Plan” starring Matt LeBlanc.