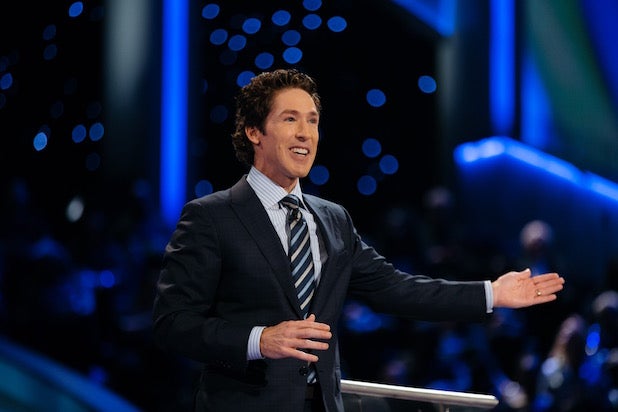 Following a wave of criticism that made his name the top-trending item on Twitter, Joel Osteen finally opened his Lakewood Church in Houston to people displaced by Tropical Storm Harvey.

On Tuesday morning the church’s official account tweeted: “Lakewood’s doors are open and we are receiving anyone who needs shelter.”

Lakewood is receiving people who need shelter. We are also receiving supplies such as baby food, baby formula and other shelter needs.

Osteen came under fire Monday after it became known that the 16,000 capacity megachurch hadn’t opened its doors to those affected by widespread heavy flooding in Houston. While other nearby venues, including religious organizations, had accepted flooding victims, Lakewood, formerly a sports arena known as the home of NBA team the Houston Rockets, canceled services on Sunday and locked up with a message posted to social media that the building was “inaccessible due to heavy flooding.”

A Lakewood Church spokesperson told ABC News Tuesday its doors have always been open and the church was waiting for city officials to designate it as a shelter. But in a statement Monday, Lakewood said it would only receive people once “cities and county shelters reach capacity,” which resulted in even more backlash.

The criticism increased after the Twitter account belonging to Osteen began blocking people who asked why the church wasn’t opening its doors.

Snowed In: 11 TV Shows to Catch Up on During Northeast Blizzard (Photos)

New York City and the tri-state are bracing for a brutal snowstorm, but at least there’s plenty of great shows to watch