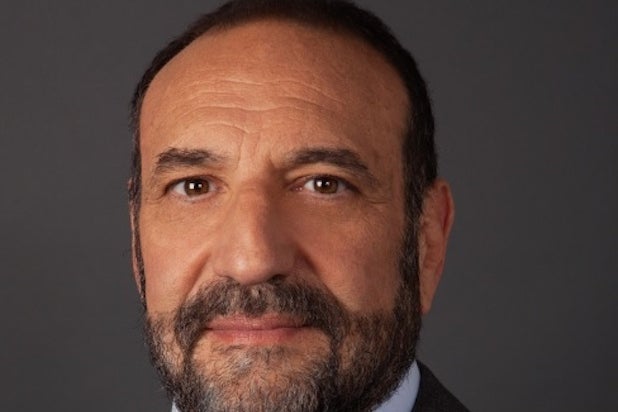 Veteran producer Joel Silver has partnered with Canadian entrepreneur Daryl Katz to create Silver Pictures Entertainment, a new company that will develop, produce and provide or arrange financing for its own slate of feature films, television and digital projects, both independent of and within the traditional studio system.

Long-time media finance and packaging executive Hal Sadoff will serve as CEO of the new company. Sadoff has played an integral role in more than 450 film productions and financings totaling over $3.5 billion. He and Silver have a longstanding relationship, having collaborated on numerous projects including “House on Haunted Hill,” “Thirteen Ghosts” and “Gothika,” starring Halle Berry and Robert Downey Jr. He recently structured the financing and executive produced Silver Pictures’ “The Nice Guys,” which stars Russell Crowe and Ryan Gosling.

Silver Pictures Entertainment, marries Silver’s 38 years of experience producing major motion pictures with Katz’s business acumen, creating a new venture that aims to be on the forefront of the changing dynamic within the global media industry.

Silver Pictures Entertainment will also continue its long relationship with Warner Bros., with active projects including a sequel to its global box office hit “Project X” and a third installment of the Robert Downey Jr. franchise “Sherlock Holmes,” which has earned more than $1 billion worldwide. Additional titles under the arrangement include: “Logan’s Run,” “Ben 10” and Ross Macdonald’s “The Galton Case.”

Silver has produced more than 70 films over his career, including some of the most iconic and successful films and franchises of all time, such as the “Matrix” trilogy,” the “Sherlock Holmes” franchise, the  four-part “Lethal Weapon” series and several “Die Hard” and “Predator” movies — which cumulatively have earned over $14 billion in global revenue. Silver Pictures’ most recent hit at the box office was the Liam Neeson action-thriller “Non-Stop,” which has earned more than $222 million at the worldwide box office.

Katz is the founder and Chairman of the Katz Group, one of Canada’s largest privately owned enterprises, with significant operations in the pharmacy, sports & entertainment, and real estate development sectors. Katz Group’s sports & entertainment arm, Oilers Entertainment Group, delivers leading sports, entertainment and other special event programming to fans and patrons in Canada and the United States. OEG owns the 5-time Stanley Cup Champion Edmonton Oilers and will operate Rogers Place, a world-class sports and entertainment venue under construction in downtown Edmonton. Rogers Place will be the new home of the Edmonton Oilers and the heart of the Edmonton Arena District, a $2.5 billion mixed used real estate development being led by Katz Group. As part of the new relationship, Silver Pictures will take an active role in helping to enhance and expand OEG’s entertainment platform.

“Daryl Katz is an entrepreneur in the truest sense of the word.  I’ve watched him build brands, sports teams and multi-billion dollar businesses with vision and drive, and that’s someone I want by my side,” said Silver. “Daryl’s expressed interest is to enhance his sport and entertainment division with significant entertainment properties and it’s really exciting for me to be with him on that journey.”

“Joel Silver has an incredible track record and relationships across the entertainment industry,” said Katz. “For almost four decades he’s been creating film franchises, breaking box office records and entertaining moviegoers. We are very excited to be partnering with Joel, Hal and their team to capitalize on the opportunity to build a great business by making great entertainment. Silver Pictures is an important part of the vision and breadth of our growing sports & entertainment business.”

“Warner Bros. has successfully partnered with Joel Silver on a range of memorable pictures over the years.  We’re happy to expand this relationship and I am personally excited about ‘The Nice Guys,’ which is slated for 2016, and our priority development projects, ‘Ben 10’ and ‘Logan’s Run,'” said Greg Silverman, president of creative development and worldwide production at Warner Bros. Pictures.

In addition to being one of the leading advisors to the media and entertainment industry, Sadoff previously served as Head of International and Media Finance at ICM, where he oversaw a team of agents responsible for packaging, financing, distribution and sales of feature films, television and digital content. Previously, he executive produced the Don Cheadle drama “Hotel Rwanda,” co-founded and led the media financing and international sales company Cobalt Media Group and was head of the Media Finance group of National Westminster Bank.

“I’ve had the pleasure of knowing Hal for 15 years on multiple motion pictures, but only recently began working with him on the next chapter of Silver Pictures,” said Silver. “There’s no one with more experience or better equipped to be our CEO or to lead the great team of people we have on board here.”

In 2016, Silver Pictures will move into the historic former U.S. Post Office in Venice, California. Silver has engineered an epic four-year restoration and renovation of the iconic structure, continuing his commitment to preservation and stewardship. His other restoration projects include Auldbrass Plantation in Yemassee, South Carolina and The Storer House, both Frank Lloyd Wright masterpieces.  The Venice headquarters will house production offices with state-of-the-art post production facilities and a screening room, as well as the iconic WPA-era Edward Biberman “Story of Venice” mural which Silver restored and showcased at LACMA last year.

Silver Pictures is currently in post-production on Shane Black’s “The Nice Guys,” which is set for release on May 20, 2016. The company is also in pre-production on Tom Green’s “The Outsider,” which will star Jeremy Renner.

Silver Pictures is developing a number of projects with Universal Pictures including a reboot of the iconic 1985 film “Weird Science,” which Silver produced, and “Gypsy,” one of the greatest stage and film musicals in American history, to which Oscar-winning actress Barbra Streisand is attached to star.

In addition, for Paramount Pictures, the company has supernatural action/thriller “Sanctuary” from Black List writers Nick Creature and Mike Sweeney in development and “Cash Truck,” a remake of the French film “Le Convoyeur” with Studio Canal. Silver Pictures and Studio Canal’s recent partnerships include “Non-Stop” and “Unknown,” both starring Liam Neeson, which have netted a combined $352 million at the worldwide box office.