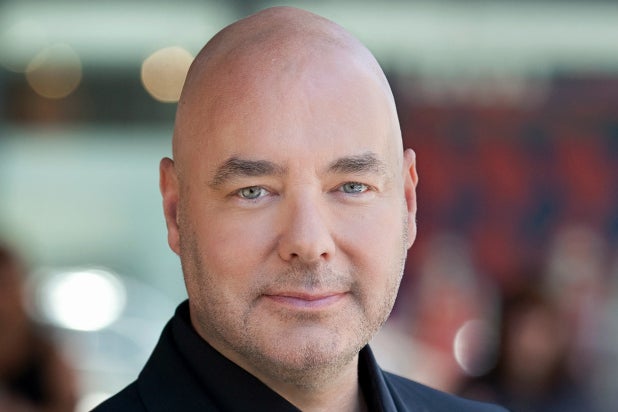 Hulu chief content officer Joel Stillerman (pictured above) is leaving the company as part of an organization-wide shakeup.

It’s not all subtraction, however. Hulu is hiring former TiVo COO Dan Phillips as its chief technology officer and Jaya Kolhatkar to be its first chief data officer. Phillips will start in Santa Monica on Monday; Kolhatkar joins him there next month.

In terms of actual structure, Hulu is forming a combined technology & product group, which will report to Phillips. Additionally, Kelly Campbell’s chief marketing officer role will be expanded to include customer acquisition, engagement, retention and viewer experience. Finally, Hulu is separating its content and distribution functions with two new distinct groups: content partnerships and originals.

There are some more details of the restructuring below, all of which are in Hulu’s own words.

But first, Hulu CEO Randy Freer has a few things he wants to say: “As one of today’s top direct-to-consumer entertainment brands, led by technology, innovation and data, Hulu has an enormous opportunity to lead the media and advertising industries into the future. By adding new expertise and capabilities to our executive ranks and creating greater alignment around our customers, we are positioning Hulu to grow more rapidly, innovate more quickly and connect consumers even more deeply with the content they love.”

Also Read: 'unReal': How the Fourth (and Final) Season Ended Up at Hulu

Technology & Product
Dan Phillips, former Chief Operating Officer at TiVo Inc., has joined Hulu’s executive management team as Chief Technology Officer and will be responsible for aligning the company’s technical and product strategy with its core business strategy to more effectively innovate and deliver on consumer and partner needs.

In this role, Phillips will oversee a newly-unified Technology & Product organization spanning engineering, data center operations, network and broadcast operations center, information technology and program management, as well as product management, user experience and product development. Hulu’s technology and product teams across Santa Monica, Seattle, Marin, and Beijing will report to Phillips when he steps into his new role, based in Santa Monica, on June 4.

“Dan brings deep technical expertise, strategic business sensibilities and a proven track record of driving large technology and product organizations through massive industry transformation,” said Freer. “He’s a strong operator who has had a front row seat to changing TV consumer behaviors for many years, and is the right fit to lead our technology and product teams as we continue to innovate and build a complete entertainment experience for the future.”

Previously, Phillips led TiVo’s engineering, product and professional services workforce of more than 1,000 members and transformed the company’s product from a DVR-centric offering to a cloud-based service delivering a complete video experience on an array of devices and connected TVs. Prior to that, he held senior executive roles at enterprise globalization application provider Uniscape, Inc. and e-business software company Crossworlds Software, Inc., and co-founded enterprise software company Metasystems, Inc.

Subscriber Journey
With the goal of super-serving Hulu viewers and creating more alignment across the company’s consumer-facing teams, Chief Marketing Officer Kelly Campbell is expanding Hulu’s marketing organization to assume responsibility for the subscriber journey – from acquisition, engagement and retention, to viewer experience and research – across all of Hulu’s on-demand and Live TV plans. In addition, this group will now oversee Hulu’s subscriber partnerships, including its current relationships with Spotify and Sprint.

Content
As the lines between live and on-demand viewing become increasingly blurred for consumers, Hulu is restructuring its content function to deliver the most robust, immersive programming experiences across all of its offerings – regardless of whether live or on demand. Moving forward, Hulu’s content teams will be organized into two groups, aligned around two core capabilities: 1) acquired on-demand and live content partners, and 2) the creative community for Hulu Originals.

First, Hulu is combining its live TV and subscription video on demand (SVOD) content licensing, acquisition and business functions into a single group, Content Partnerships. This new structure allows Hulu to speak with one, unified voice to its current and potential content partners. In addition, this group will be responsible for expanding Hulu’s content offering to include more premium add-ons and innovative new formats.

Second, the company’s original programming, and its relationships with creators, producers and studios, will continue being managed by the Hulu Originals team, but will now operate as a dedicated business function, led by Senior Vice President of Content, Craig Erwich, who will report to Freer.

“Ben, Tim and Joel have all played a significant role in getting Hulu to the strong position it is in today. They will forever be a part of Hulu’s success story, and we wish them the very best in their next endeavors,” said Freer.

Also Read: 'The Handmaid's Tale': Does June Escape Gilead in the Novel?

Advertising
Hulu’s Advertising Sales group will continue reporting to Senior Vice President of Ad Sales Peter Naylor, as the team tracks toward its most successful Upfront yet, ramps up its focus on new advertising products and innovative integrations, and prepares to begin selling dynamically-inserted ads in Hulu’s Live TV service.

Data and Analytics
Powering all of Hulu’s core business areas is the company’s vast repository of data. Hulu has appointed Jaya Kolhatkar, former Senior Vice President, Global Data and Analytics Platform for Walmart Inc., to the newly-created executive management role of Chief Data Officer, reporting to Freer. In this position, Kolhatkar will be responsible for elevating Hulu’s customer intelligence, implementing strong data governance and driving a culture of objective, data-driven decision making across the company. She will officially join Hulu in its Santa Monica headquarters on July 2.

“The combination of powerful content and deep consumer insights is what will define the future of media and advertising. With her years of experience managing, analyzing and governing data for many of the world’s largest companies, Jaya brings the strong leadership and expertise Hulu needs to deliver more meaningful experiences to consumers and more effective solutions to brands,” said Freer.

In her prior role, Kolhatkar oversaw the large global team responsible for Walmart Inc.’s enterprise data warehouse, big data environment, real-time predictive analytics platform and business intelligence tools. She joined Walmart Inc. in June 2013 as part of the acquisition of predictive analytics firm Inkiru, Inc., where she was the co-founder and chief analytics officer. Kolhatkar has previously held senior positions at major Silicon Valley players including PayPal, eBay and Amazon.