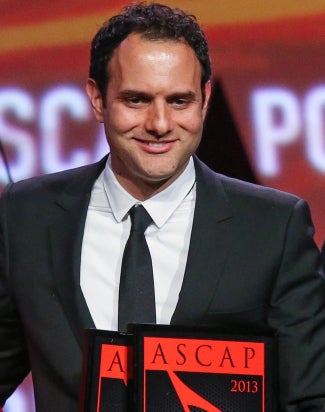 John Janick is replacing Jimmy Iovine as Chairman and CEO of Interscope Geffen A&M (IGA), the company revealed on Wednesday.

Iovine is departing the company he founded in 1989 as part of the $3 billion Beats by Dre acquisition by Apple — a deal that was announced just moments before the succession plan came out.

Iovine co-founded Beats with hip-hop super-producer Dr. Dre. The Apple deal is expected to close by the end of this year.

Janick joined IGA in October 2012. From 2012 to 2013, the label achieved a 1.04 percent increase in current U.S. albums market share according to Nielsen SoundScan — the greatest increase in current share for any Universal Music Group label during the period, the record company pointed out in a press release.

Janick began his music business career in 1996, when he co-founded Fueled By Ramen in his dorm room while an 18-year-old freshman at the University of Florida. The independent label grew with hits from Fall Out Boy, Panic! At the Disco, Paramore and fun.

See video: 50 Cent’s Rant About ‘Worst Pitch Ever': I’m a Hustler Not a Damn Ball Player

Lucian Grainge, chairman and chief executive officer of Universal Music Group, said in a statement: “Since coming to UMG nearly two years ago, [Janick] has consistently shown why he is widely regarded as one of the most talented, innovative and entrepreneurial executives in the music business today and will be a key player in the future generation of industry leaders.”

Grainge said of Iovine: “While we will miss him as a member of the UMG family, with his appointment at Apple, Jimmy will now be in a position to expand and extend his singular vision and talent, the result of which will, undoubtedly, accelerate the growth of the entire music industry.”

Iovine said, “John Janick has exactly what it takes to lead Interscope Geffen A&M: he started his own label, he understands the art of making records and the unique dynamic between a record label and artist, as well as the enormous responsibility that comes with representing one of the greatest artist rosters ever assembled.”

Janick added, “To have been able to work alongside Jimmy Iovine and contribute to the current success of Interscope Geffen A&M — three of the most storied brands in music — has been an extraordinary privilege. Now to be appointed Jimmy’s successor and be in a position to carry on his tradition of creative excellence and innovation is a truly humbling honor.”