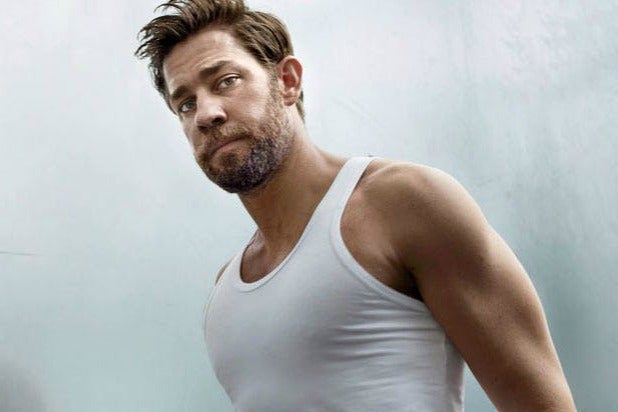 John Krasinski can cross off his career To Do List playing “paper-pushing characters” whose greatest work-related danger is a staple remover that bites back because, judging by the new trailer of his upcoming Amazon series “Tom Clancy’s Jack Ryan,” he’s in for some high-octane, firepower, superspy action.

Amazon unveiled the teaser trailer for its eight-episode 2018 series at the New York Comic-Con on Saturday with the best look yet at Krasinski in the role previously played by Alec Baldwin, Harrison Ford, Ben Affleck and Chris Pine.

In the clip, Jack Ryan goes from CIA analyst who stumbles upon a suspicious series of bank transfers that pull him from the safety of his desk job and into a deadly game of cat and mouse with a rising terrorist figurehead preparing for a massive attack against the U.S. and her allies.

The series also stars Wendell Pierce (“The Wire”) and Abbie Cornish (“Limitless”), with Timothy Hutton in a recurring guest role as Singer, the Central Intelligence Agency’s deputy director of Operations.

Check out the action in the video below.